Addressing the challenges faced by international students in Northern Cyprus with US ambassador to Cyprus, Judith G. Garber. December 10, 2021 Acknowledging World Human Rights Day, VOIS Cyprus hosted the US ambassador to Cyprus, Judith G. Garber as an honored guest speaker for a symposium on the challenges international students face in Northern Cyprus. Hosted at the Eastern Mediterranean University, in Famagusta, VOIS Cyprus hosted representatives from the different student communities, local allies and civil society organizations, representatives from some of the universities in Northern Cyprus, and other local responsible bodies.

Refreshment began at 13:30pm prompt and Judith Garber, United States ambassador, made her entrance at around 13:58, greeted by the Vice Rector of the Eastern Mediterranean University, Prof. Dr. Hasan Demirel, the Chair of the Department of Political Science and International Relations, Prof. Dr. Ahmet Sozen, 3 of the cofounders of VOIS Cyprus; Emmanuel Achiri, Adeyinka Oladapo and Fiona Kavakure, and VOIS Cyprus President, Ashraf Saleem.

After the ambassador took her seat, VOIS Cyprus Secretary General and moderator for the day, Maghazi Ahmed welcomed guests and introduced Ashraf Saleem for his opening remarks. Ashraf during his remarks highlighted the progress made globally as well as in Northern Cyprus in human rights campaigning, but also called the attention of attendees on the many human rights challenges international students faced in Northern Cyprus; access to health care, housing problems, labour and sex exploitation, rise in gender violence and hate speech and xenophobia, and a legal barrier restricting associations formed by foreigners from obtaining a legal personality, which is an infringement on the freedom of association. He concluded by encouraging international students to reach out VOIS Cyprus if they ever found themselves in a situation where their rights were being violated.

Next up on stage, Ambassador Judith G. Garber, the guest of honour opened her speech with the 2021 human rights theme: ‘Equality’. She acknowledged the efforts made by the United States in supporting human rights defenders around the globe, stating that this was part of America’s global mission. This assistance, which includes a recent financial assistance package to VOIS Cyprus, was in her opinion, a demonstration of the commitment of the United States towards supporting the work VOIS Cyprus does in campaigning for human rights. Addressing some of the human rights violations reported by VOIS Cyprus during the last quarter, she called on local responsible bodies to take the necessary steps towards improving the overall human rights environment in the Northern Cyprus.

After the ambassador took her seat, the moderator opened the panel discussion. A panel which consisted of Emmanuel Achiri – VOIS Cyprus co-founder and PhD researcher on migration, Samuel Akoni – VOIS Cyprus Lead Researcher and PhD researcher on Democracy, Dr. Omur Yilmaz – director of the Women’s Shelter in Nicosia, Northern Cyprus and Fezile Osum – anti-trafficking and refugee rights coordinator at the Human Rights Platform and PhD Researcher.

Dr. Omur Yilmaz speaking as the second panelist, highlighted a general rise in domestic violence globally but also locally during this global pandemic period. She decried our collective failure in not seizing the pandemic period as a moment to reshape our societal institutions, calling this a missed opportunity. Pointing out the huge problems with the social system, she underscored how the current social system has increased the vulnerability of many women and other groups, as such, leaving them open to exploitation by abusers. Concluding, she asked for survivors to reach out to the women’s shelter if in need.

The third panelist, Samuel Akoni, stressed on an earlier point raised by Dr. Omur Yilmaz, reasserting that the pressures from the pandemic had reinforced in-group vs out-group favoritism. Drawing parallels from Dr. Omur, he opined that the reinforcement of these in-group/out-group biases were at the root cause of increase in hate speech and xenophobia globally but specifically in Northern Cyprus. To address this, Samuel stressed the importance of individual changes as opposed to just structural changes in our efforts at combatting rising hate speech and xenophobia.

Fezile Osum, speaking on trafficking called the attention of attendees on the severity of human trafficking in Northern Cyprus. On this, she argued that human traffickers were taking advantage of the university agency programs to shield themselves. She narrated that based on hotline records, up to about 320 callers who were victims of trafficking, were international students. To make matters worse, human trafficking is not criminalized in Northern Cyprus, as a result, traffickers were aware that they could act with impunity, and if there were any consequences, they would be faced by the victims, who were most often deported by local authorities. Fezile, called on stakeholders to actively engage in means to criminalize human trafficking and protection mechanisms for victims.

Midway during Fezile’s talk, the ambassador thanked everyone in attendance and excused herself for needing to leave to make it in time for another scheduled commitment.

After Fezile, the moderator, Maghazi Ahmed opened the floor for questions. Most of the questions centered around assistance for survivors of gender-based violence, victims of trafficking, fighting deportations for persons living with HIV, and the plans VOIS Cyprus had for the future. During this session, Emmanuel Achiri who is currently leading a European Union funded and US Embassy co-funded Project dubbed, ‘THE GAP’ for VOIS Cyprus, seized the opportunity to briefly introduce the project and invited attendees to join VOIS Cyprus’ actions.

The Moderator, concluded the symposium and invited attendees for a photo shoot 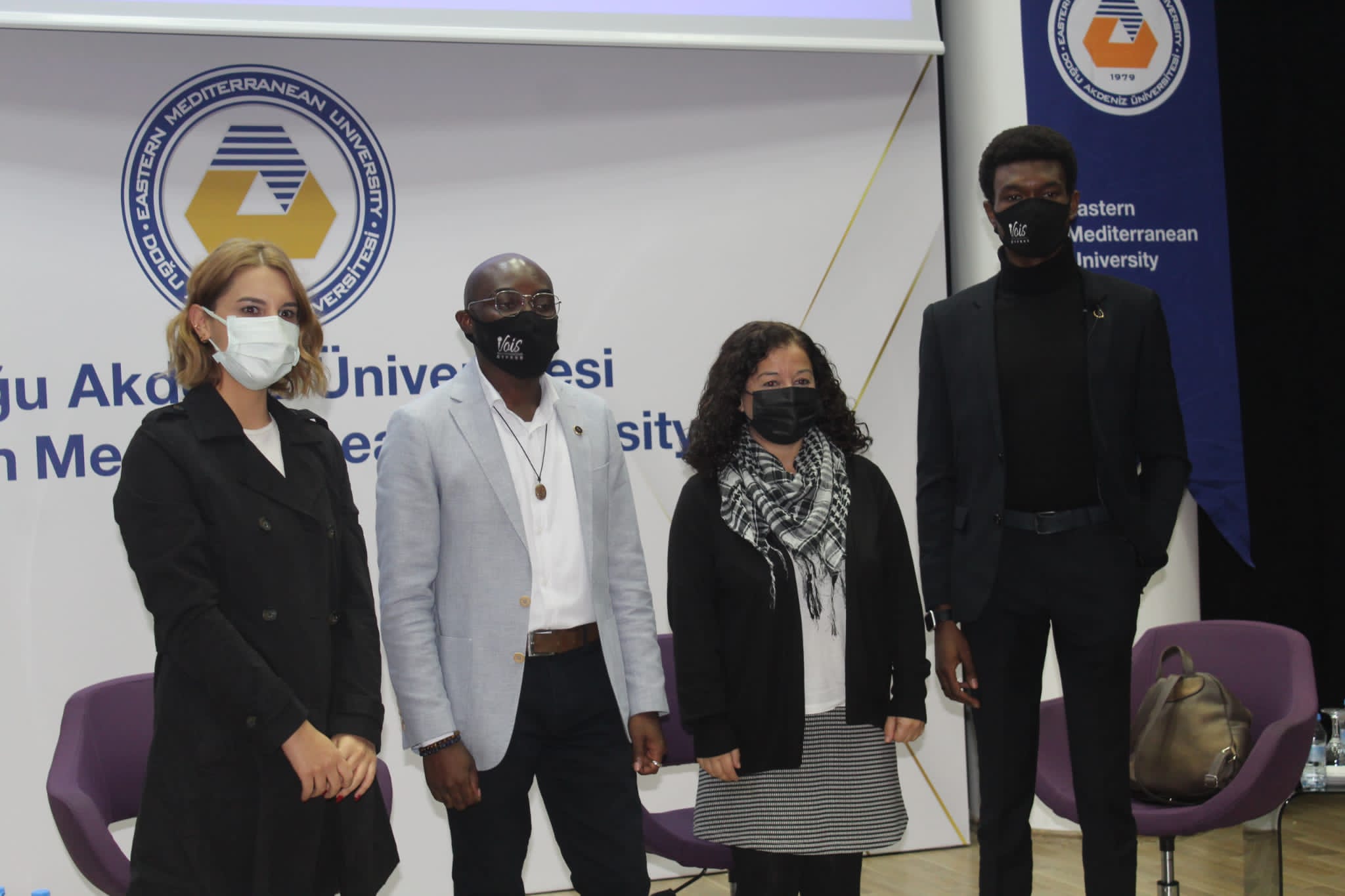 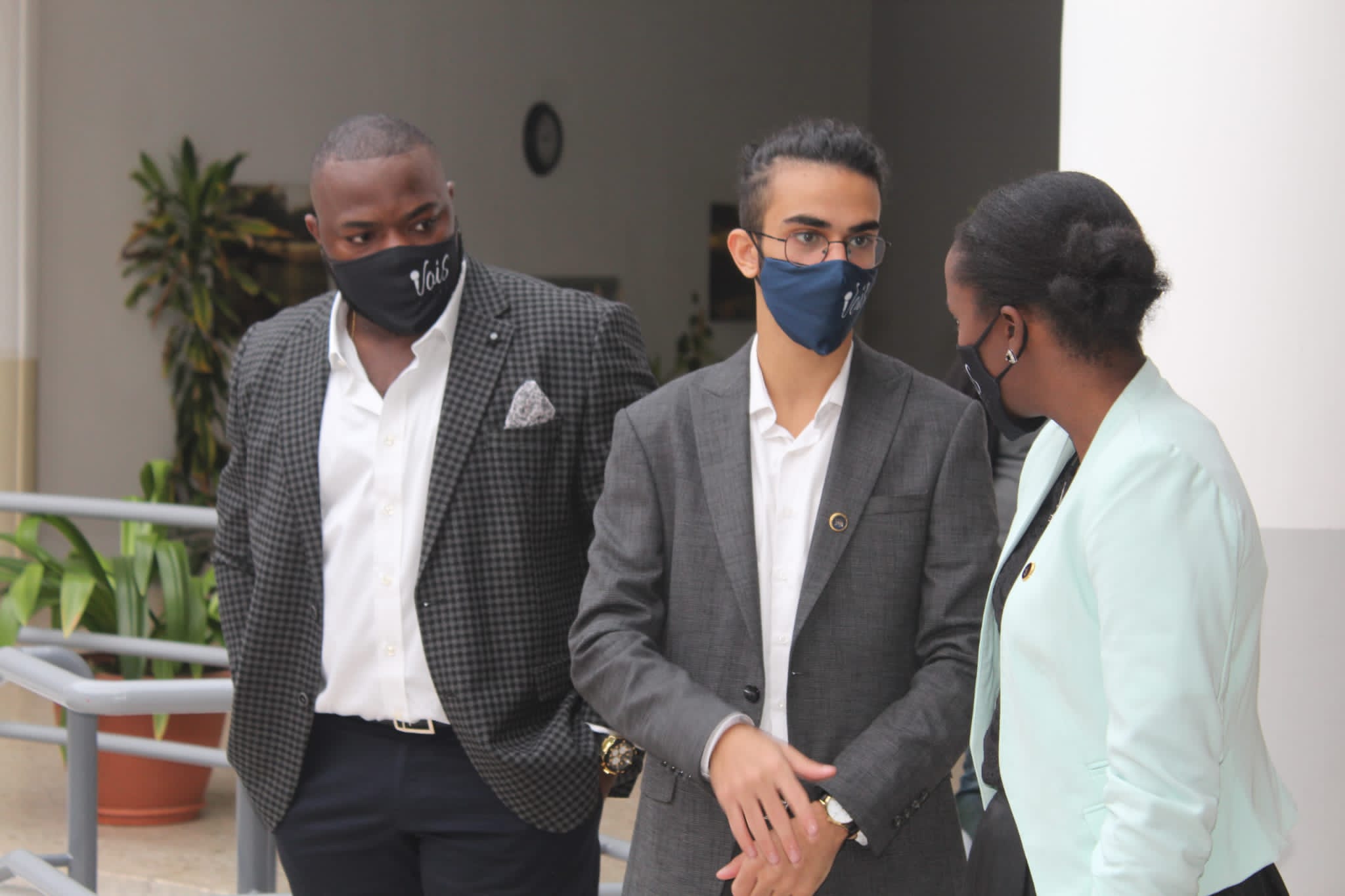 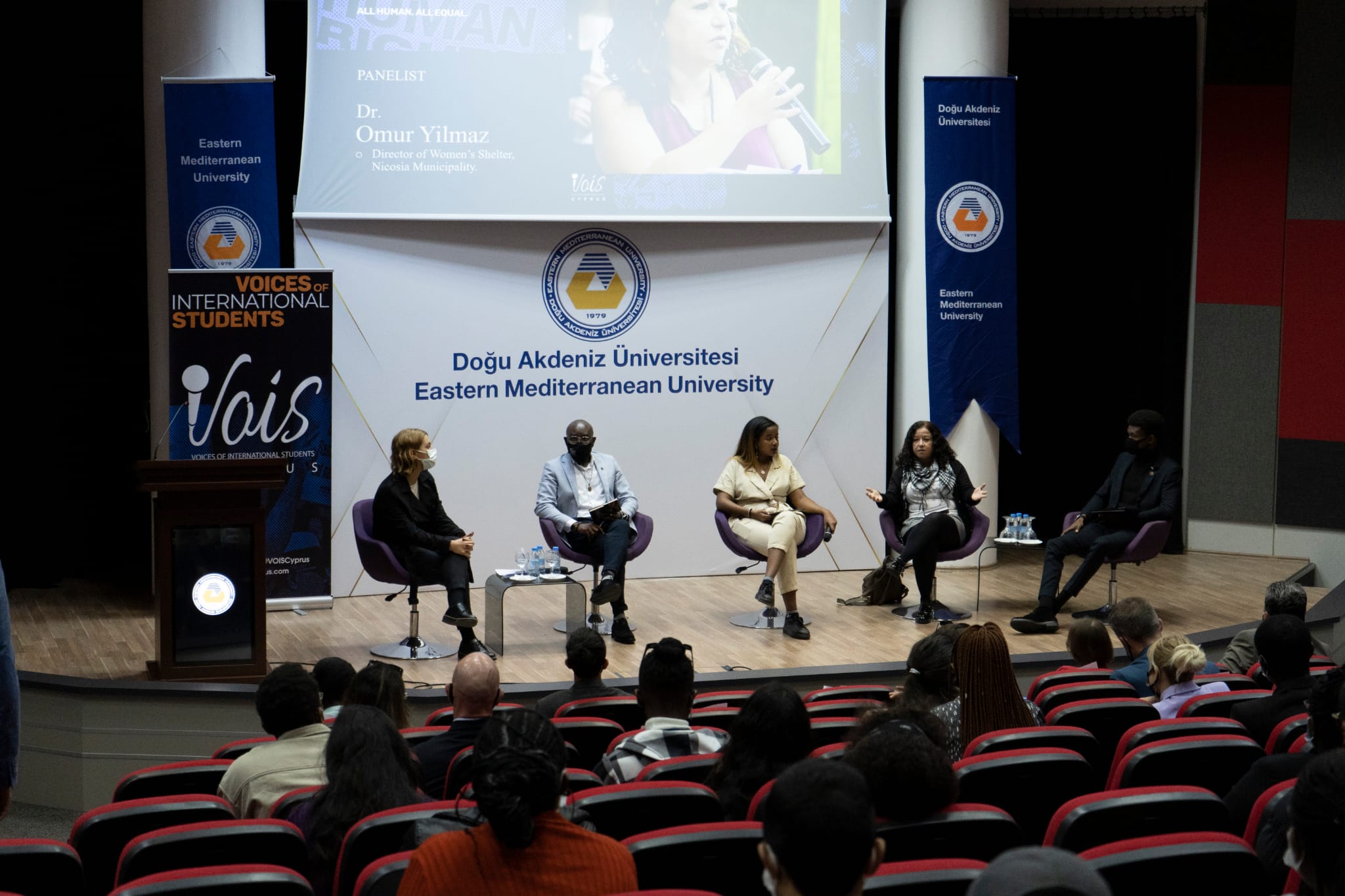 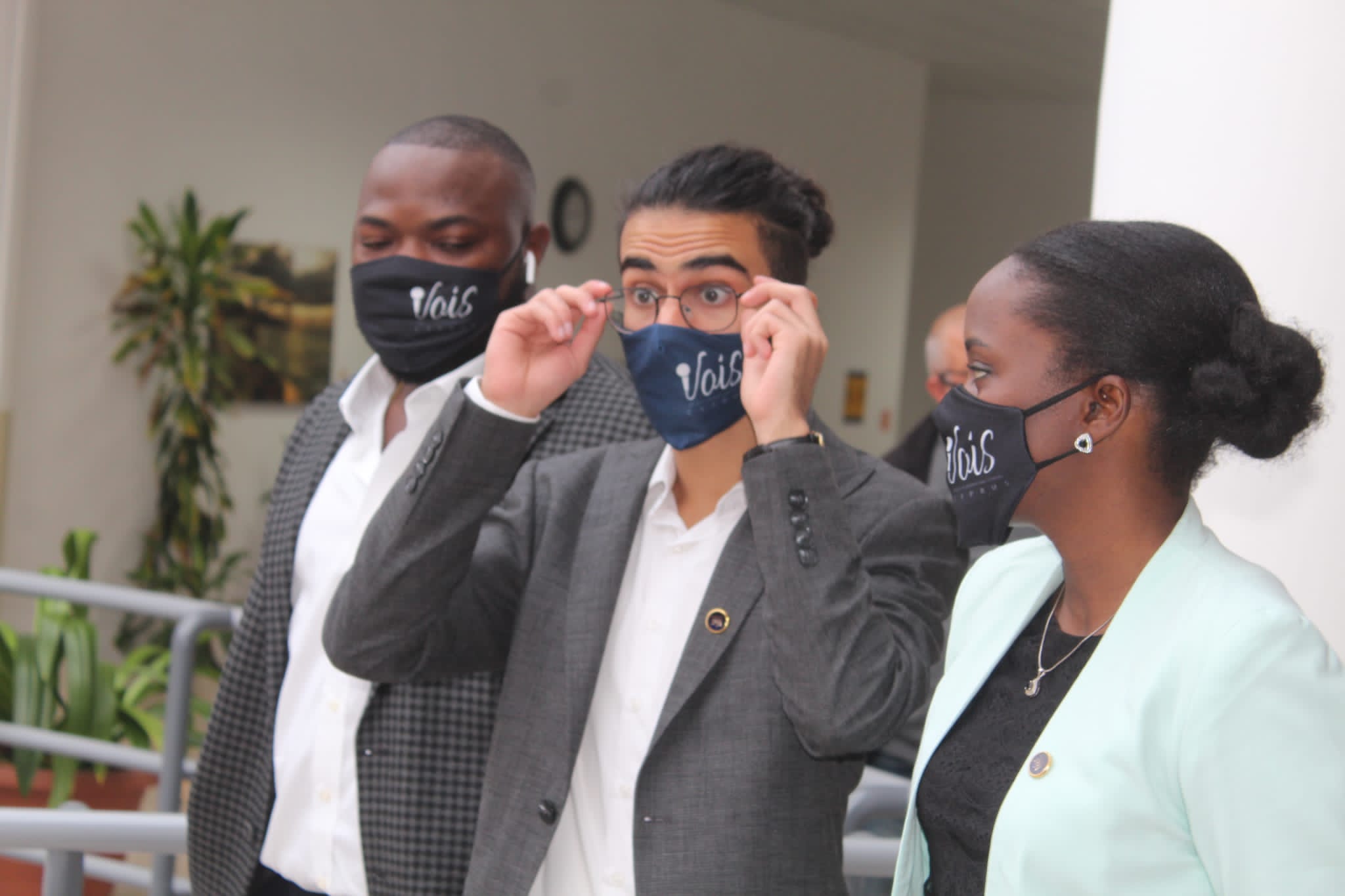 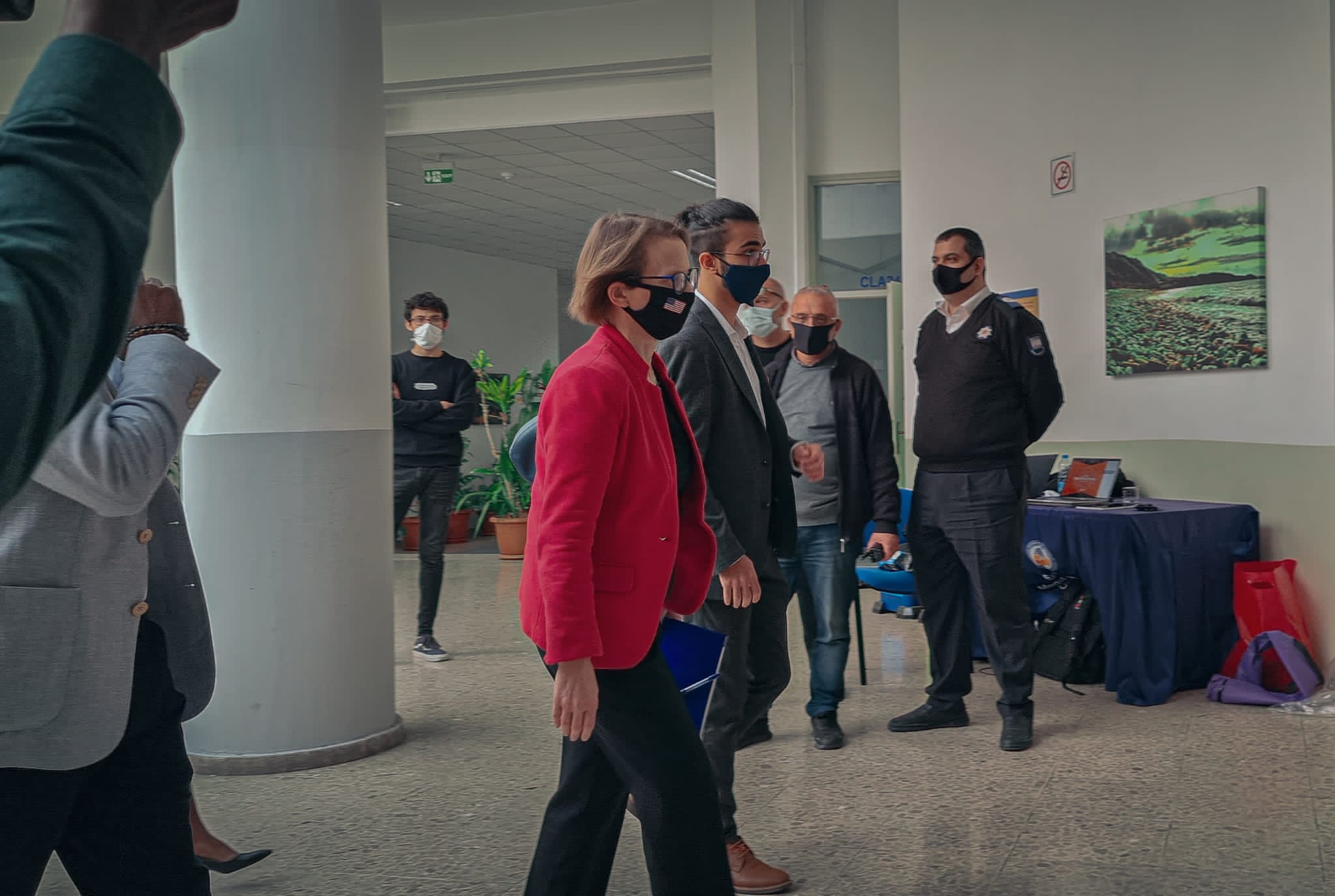 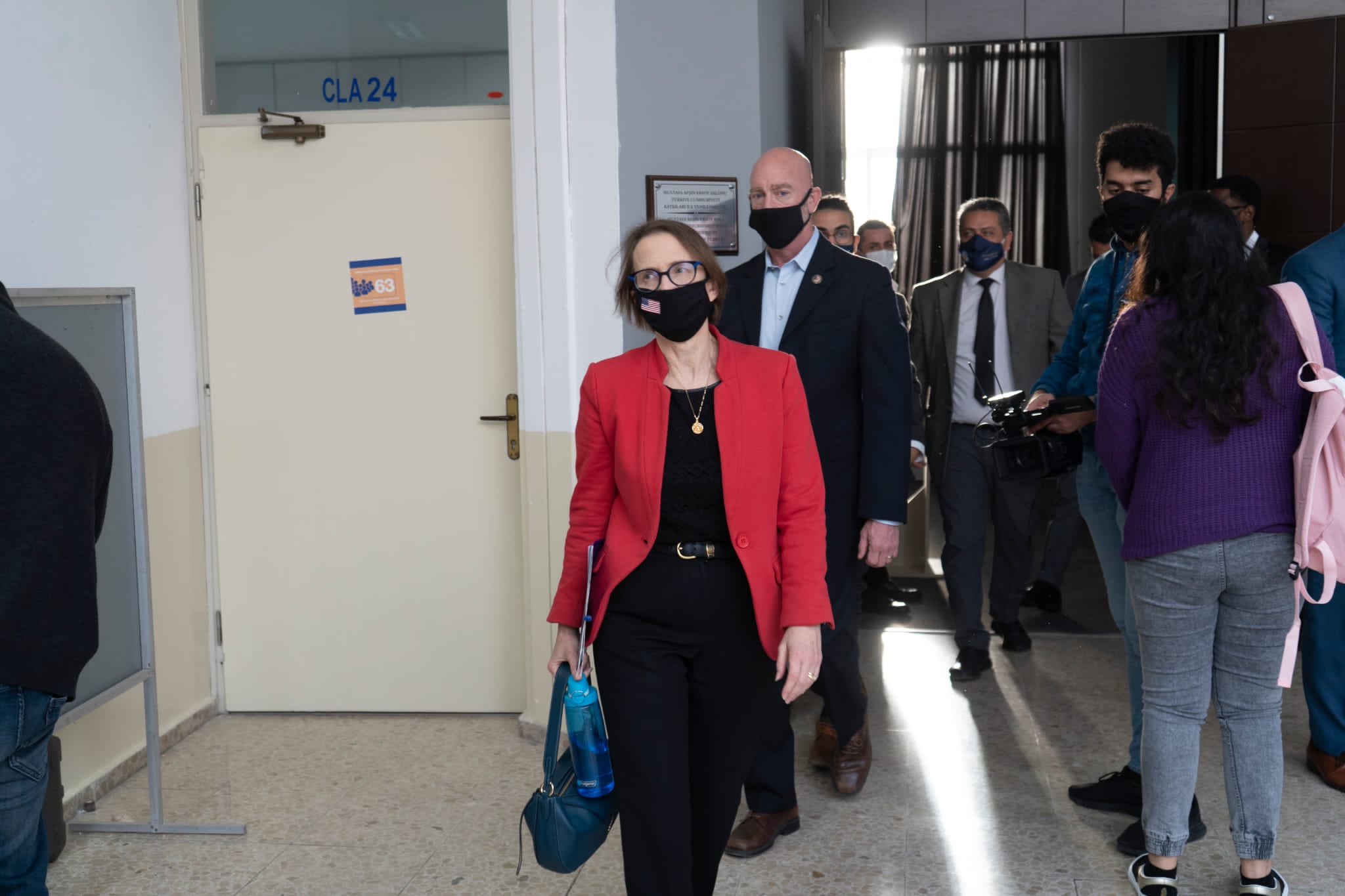 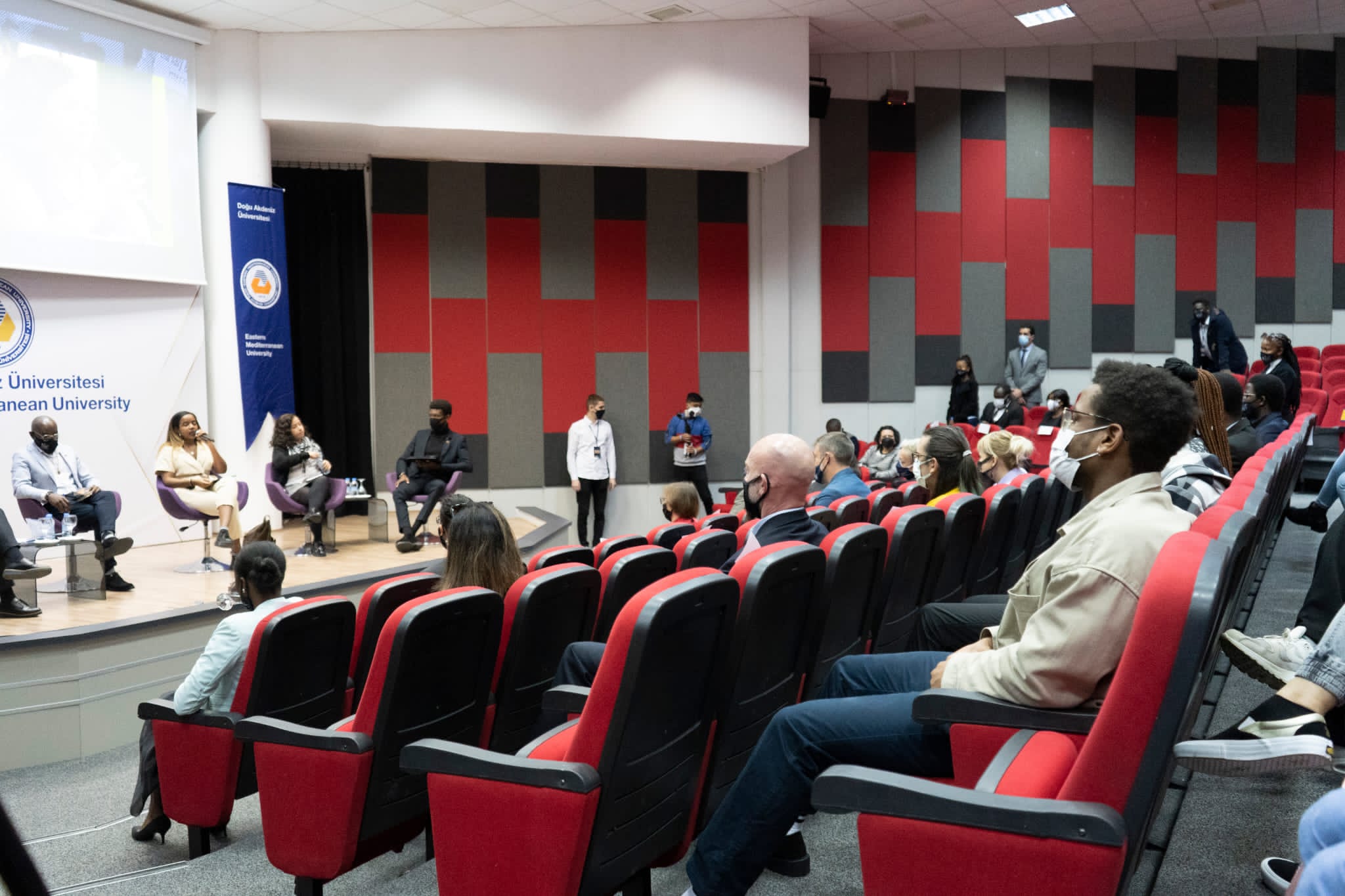 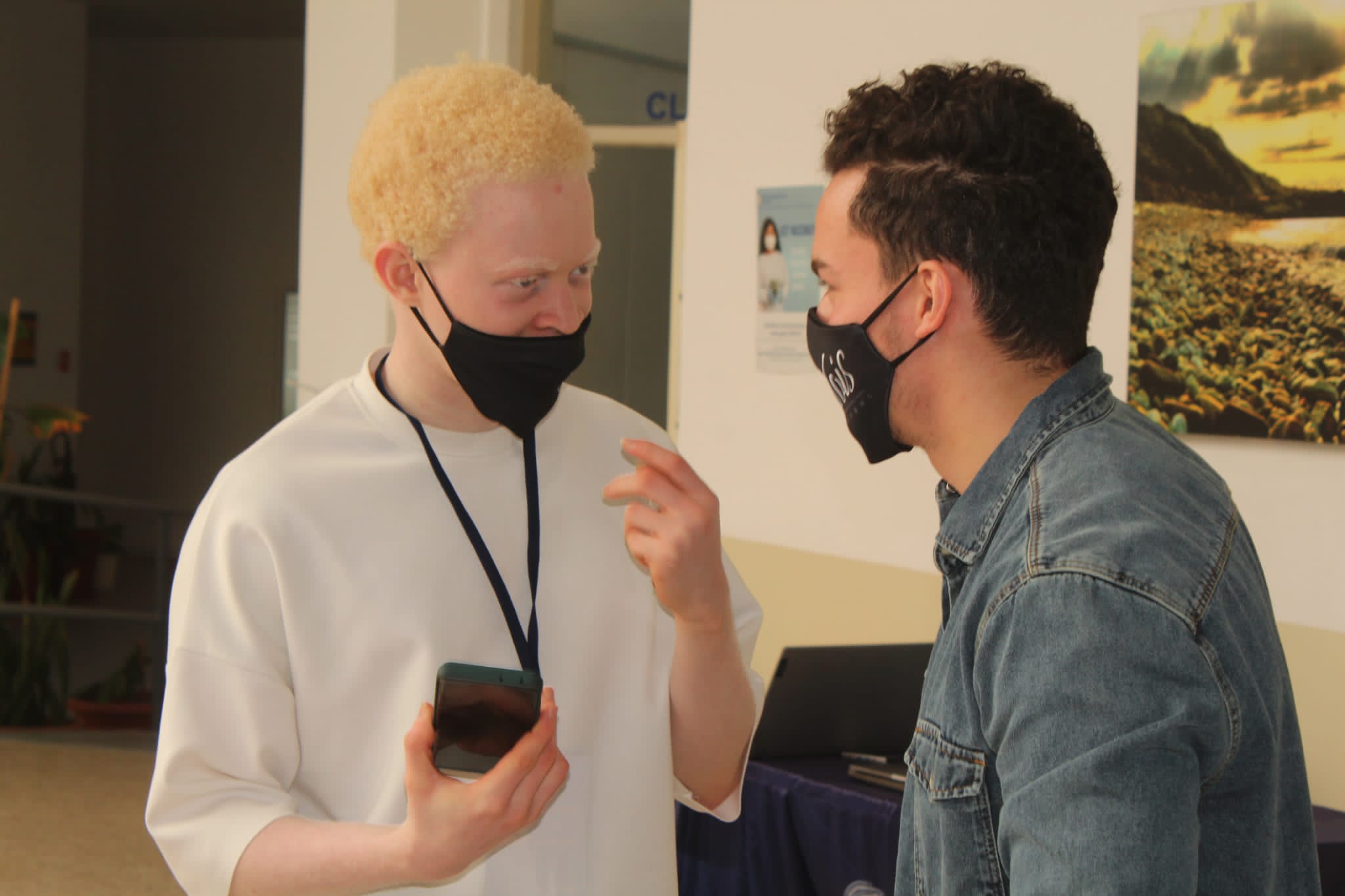 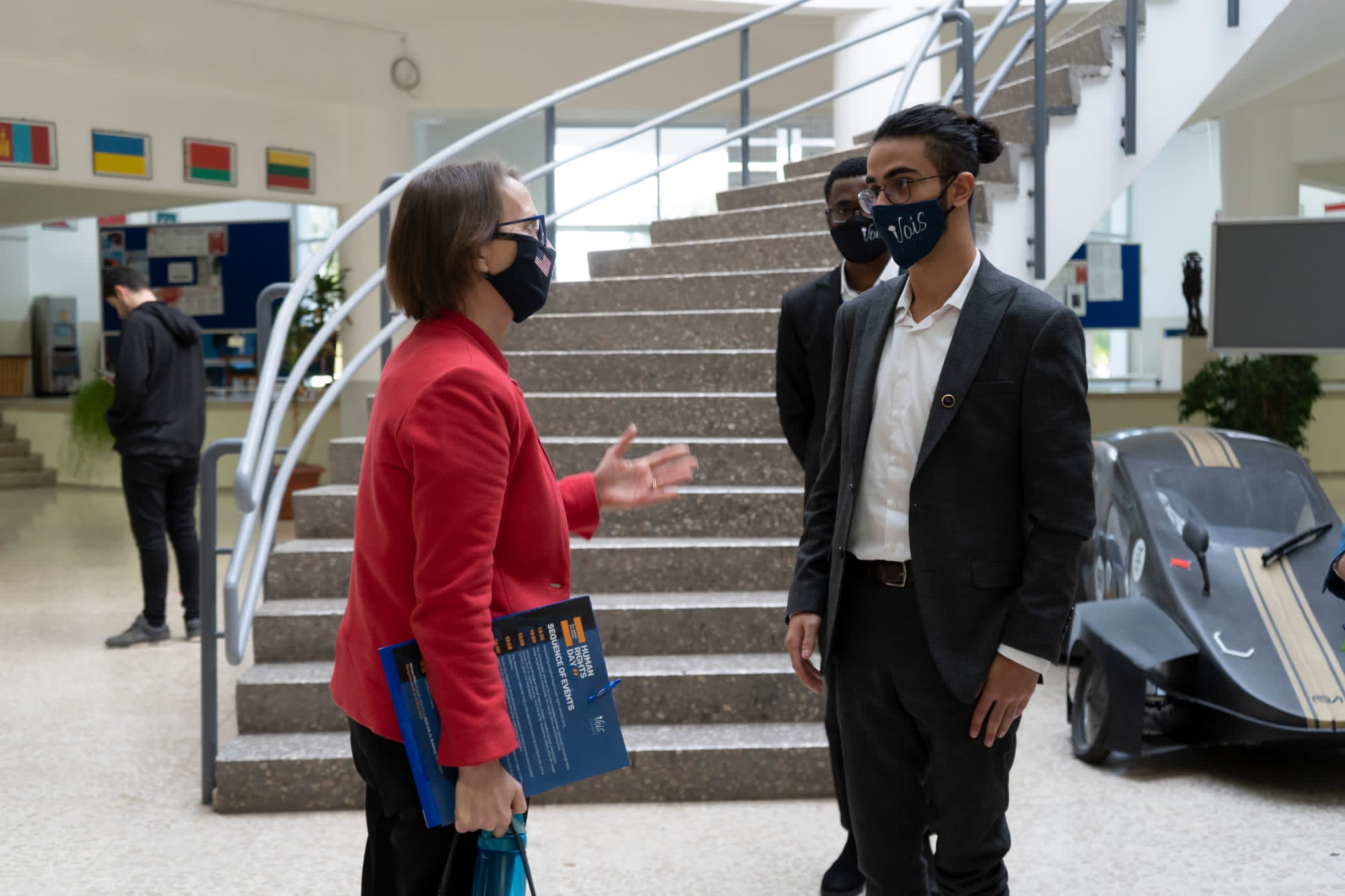 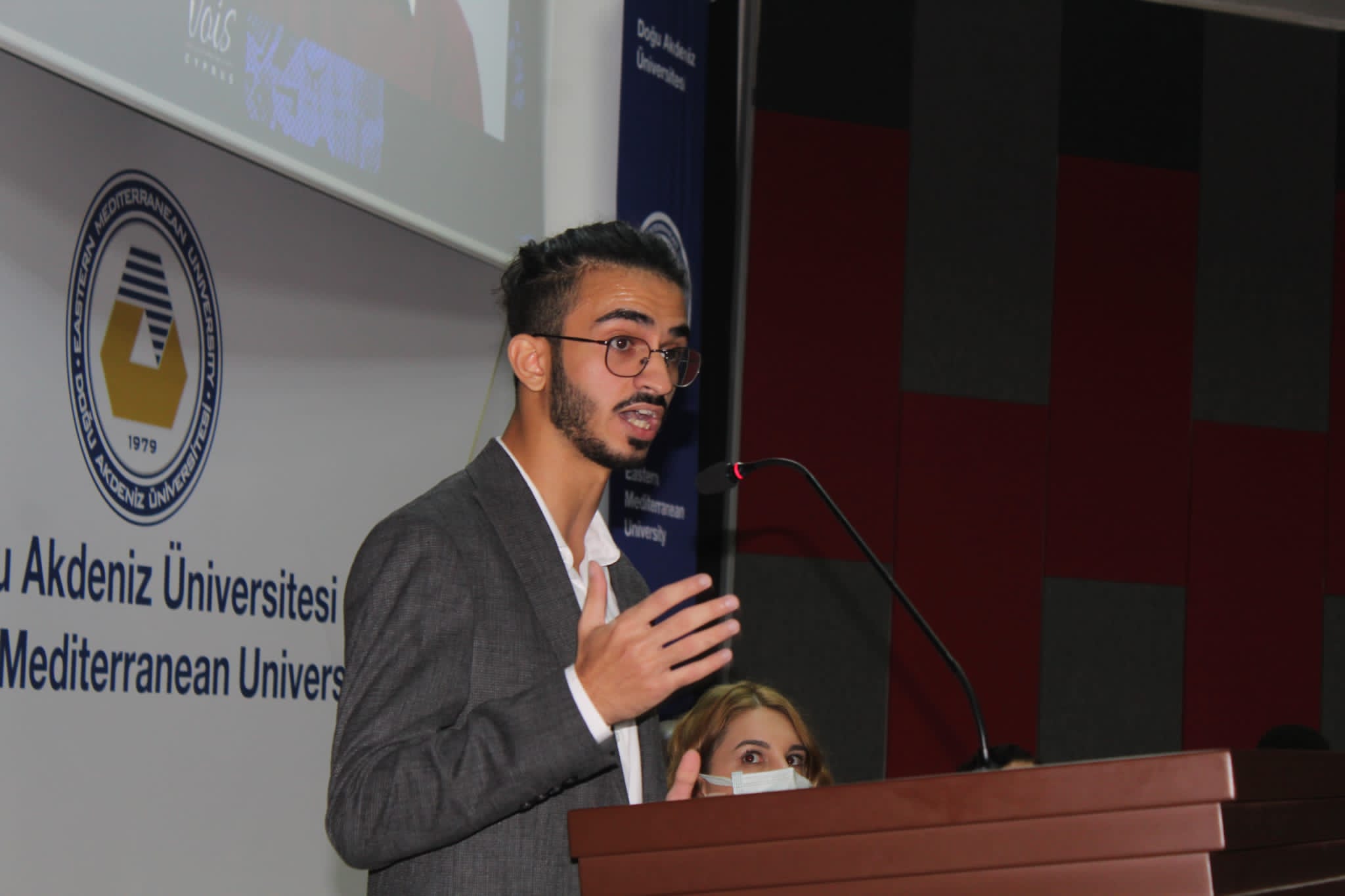 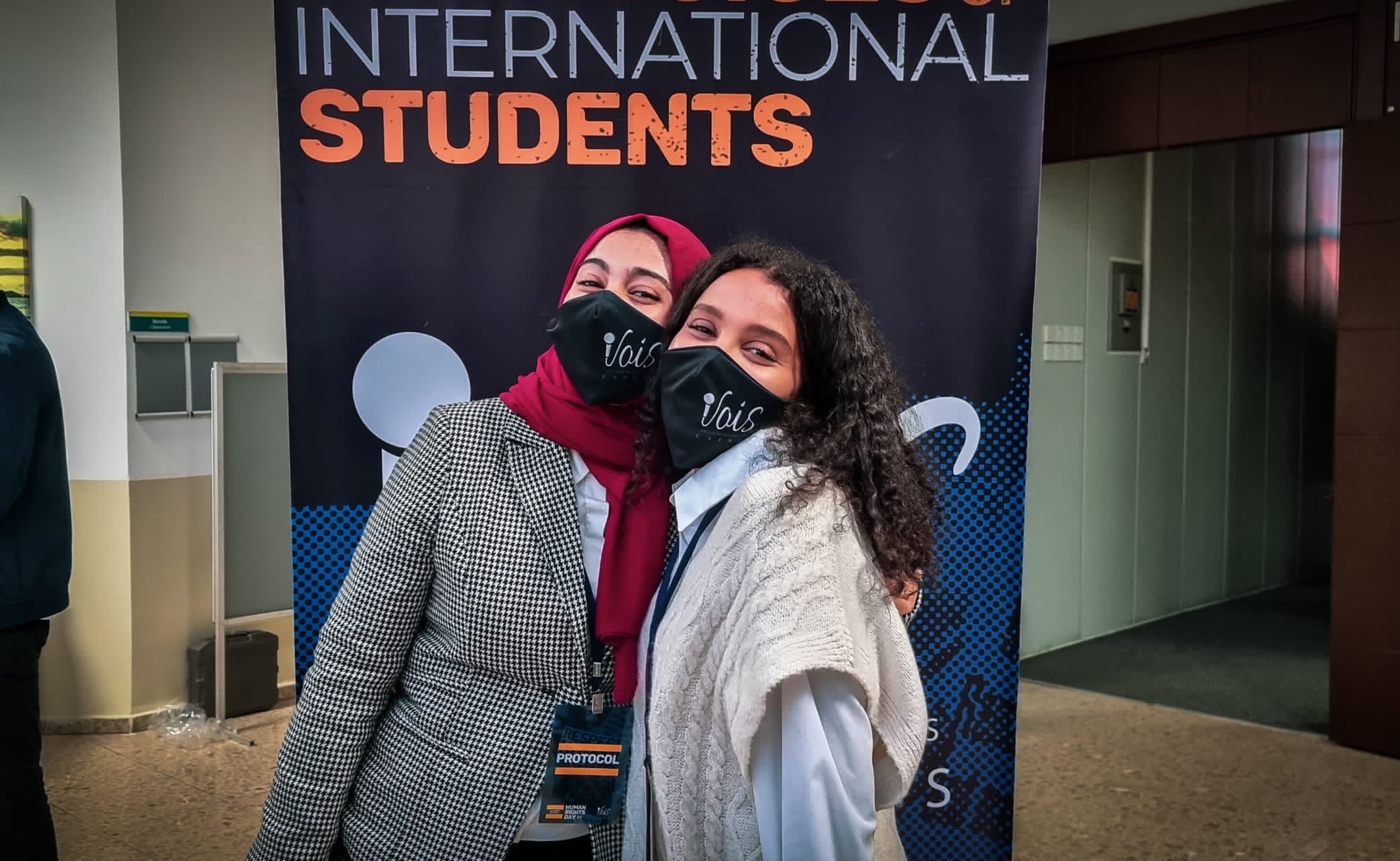 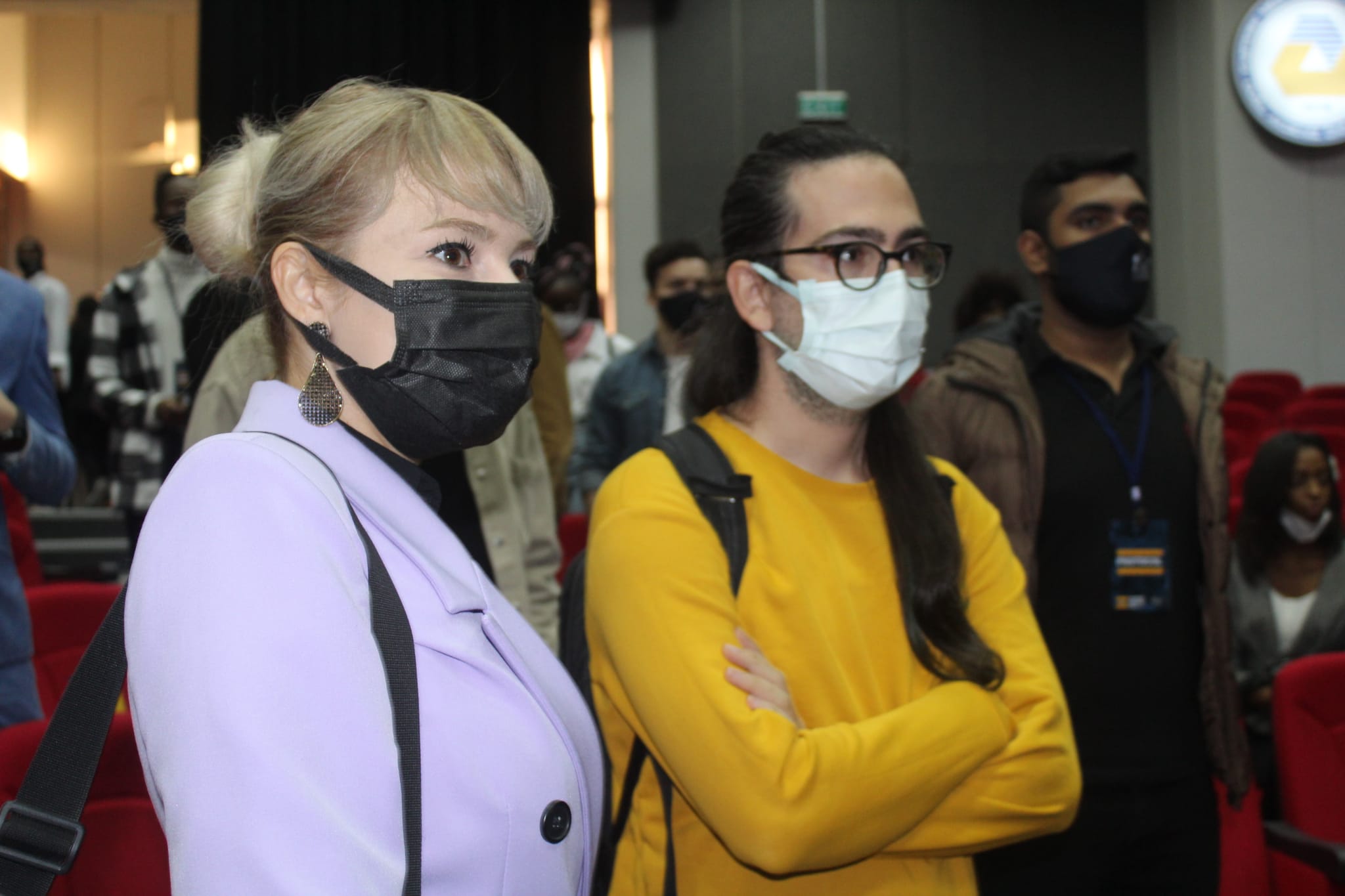 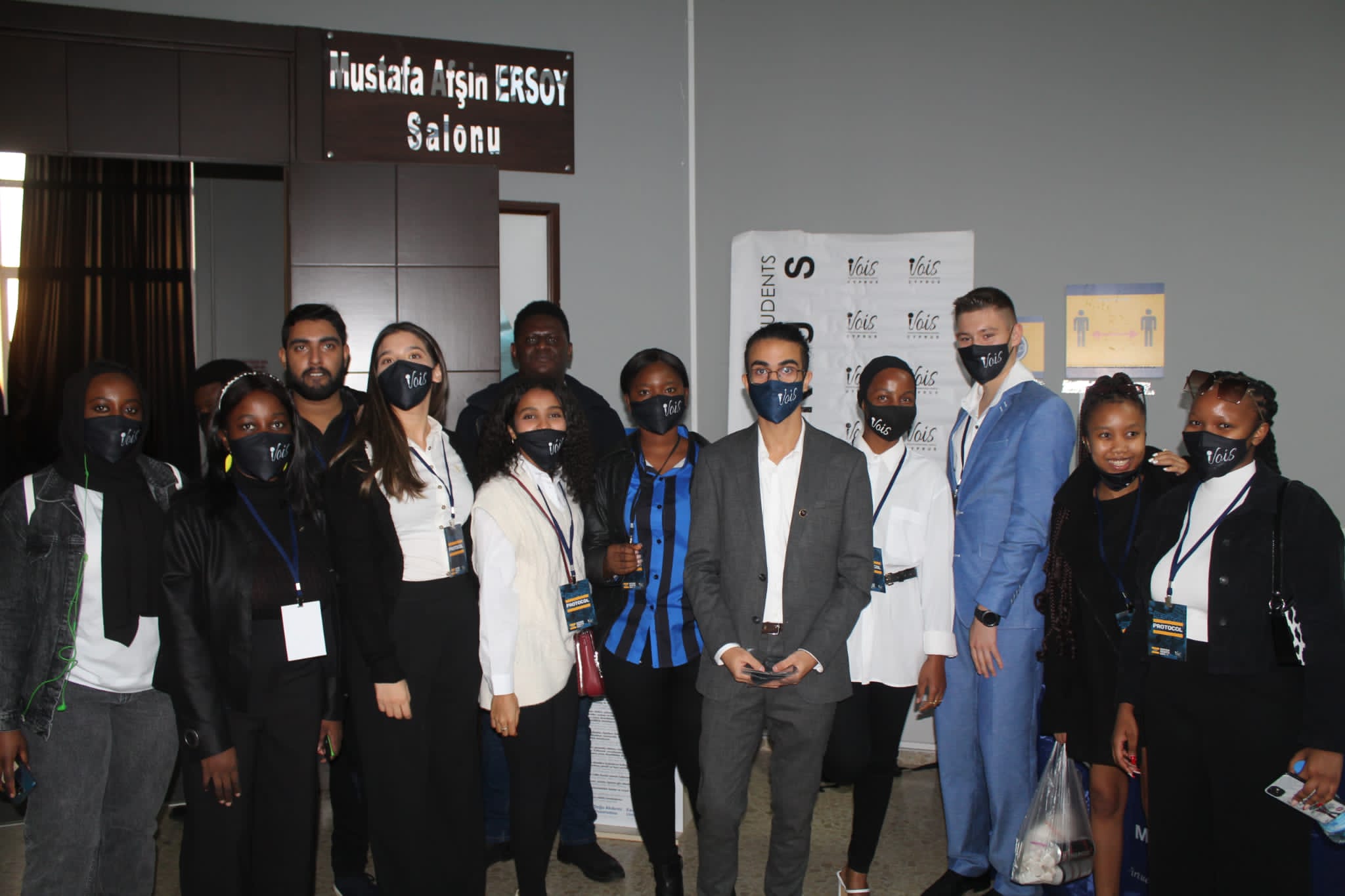 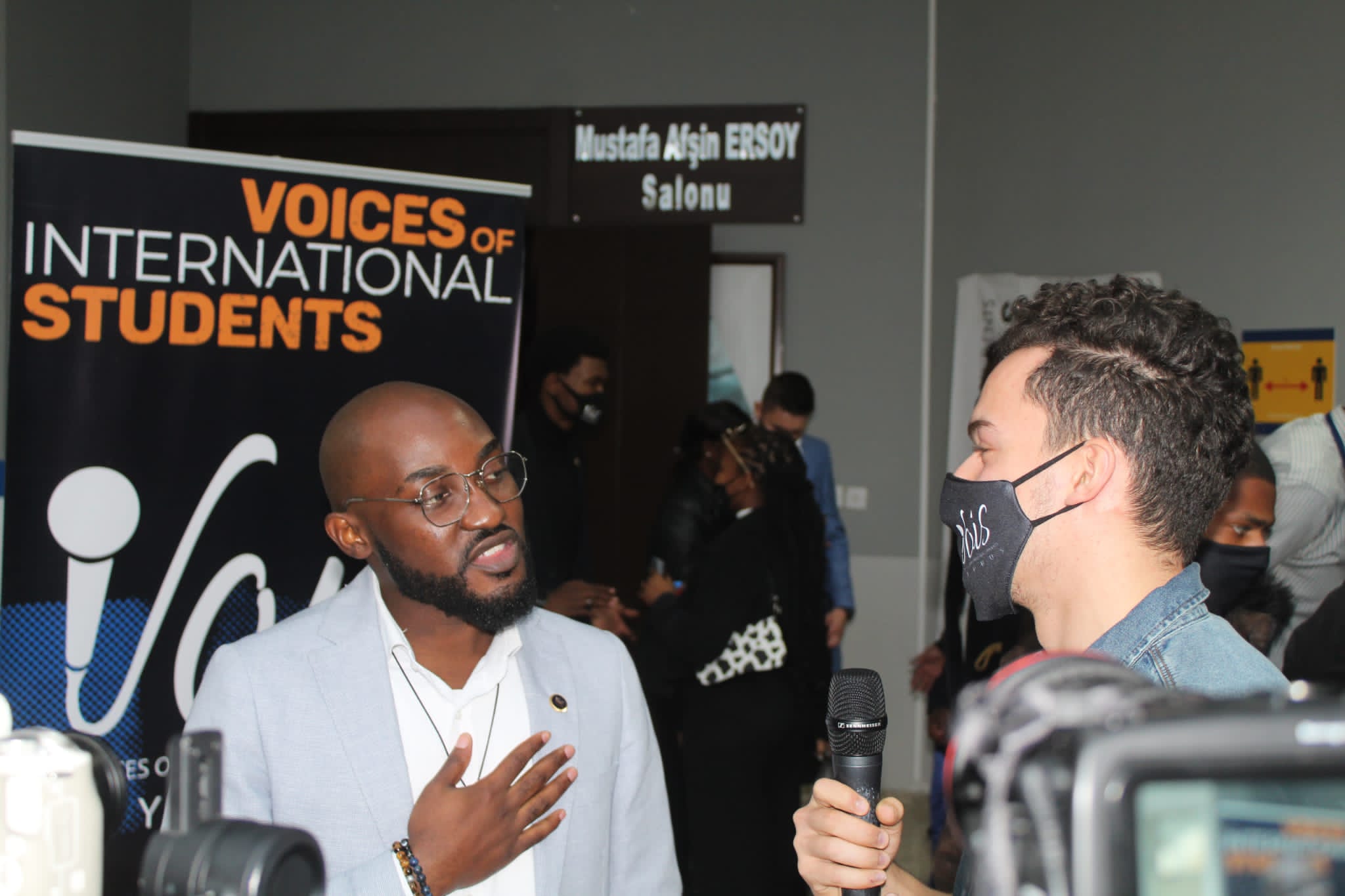 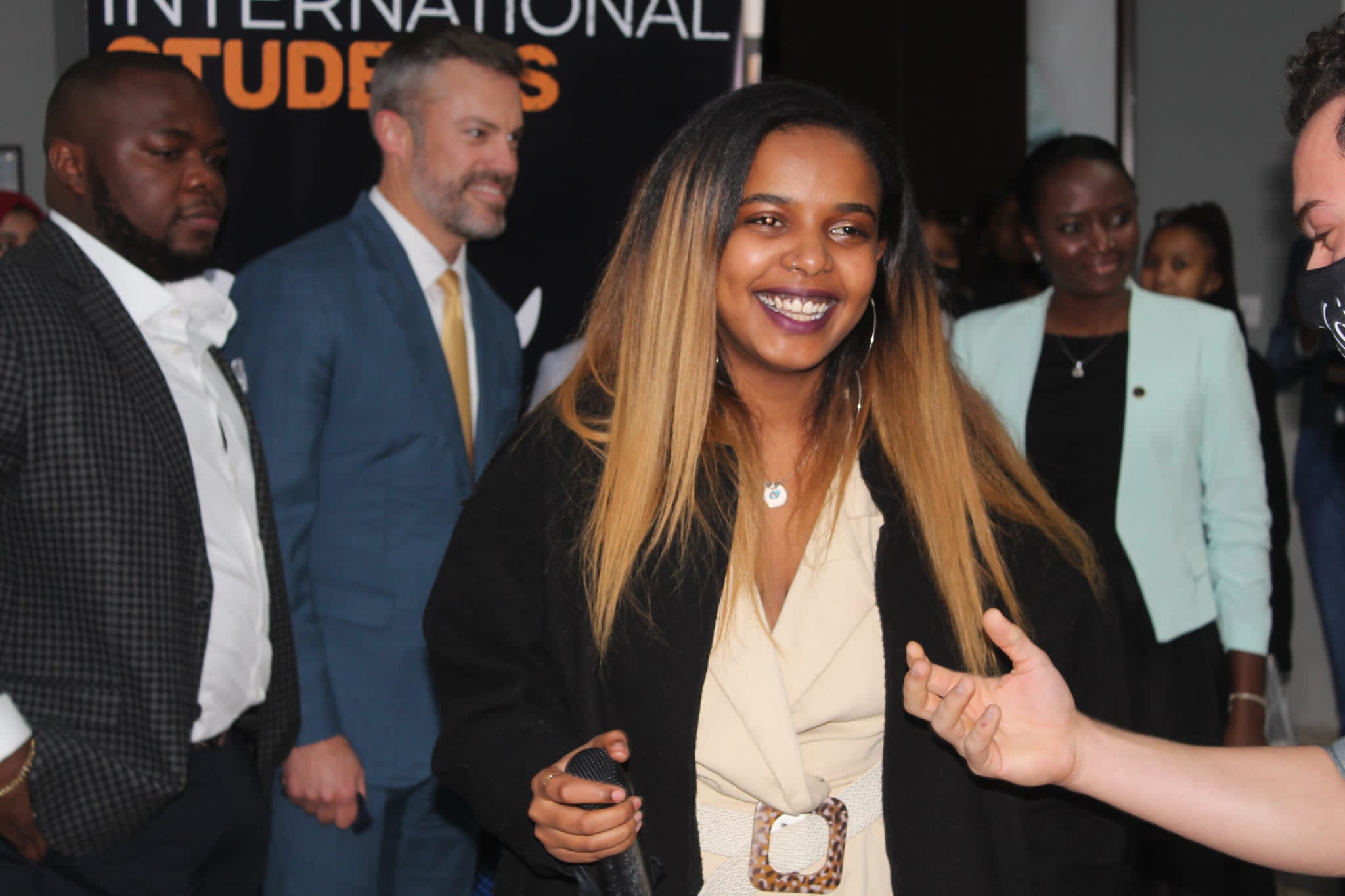 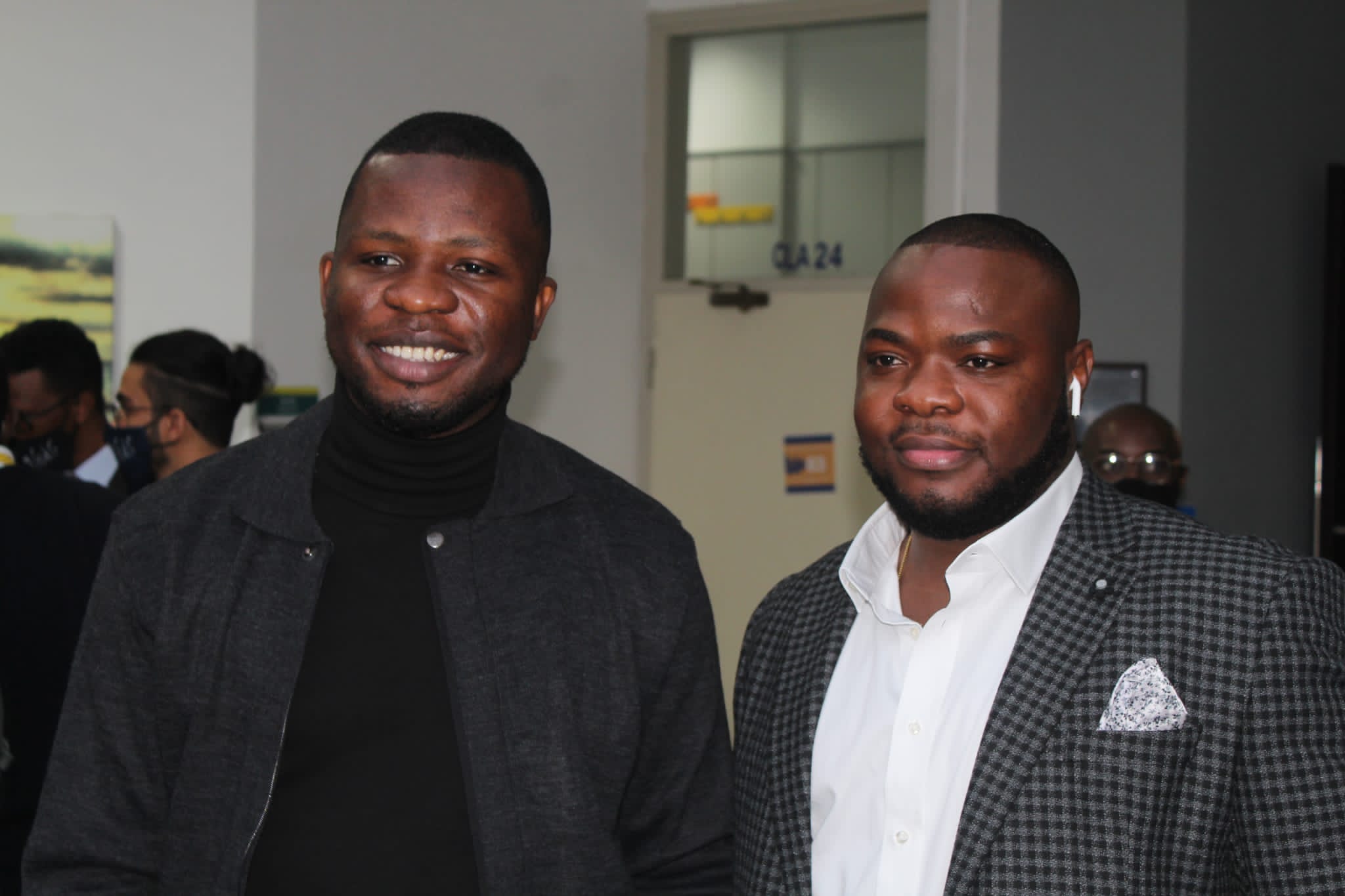 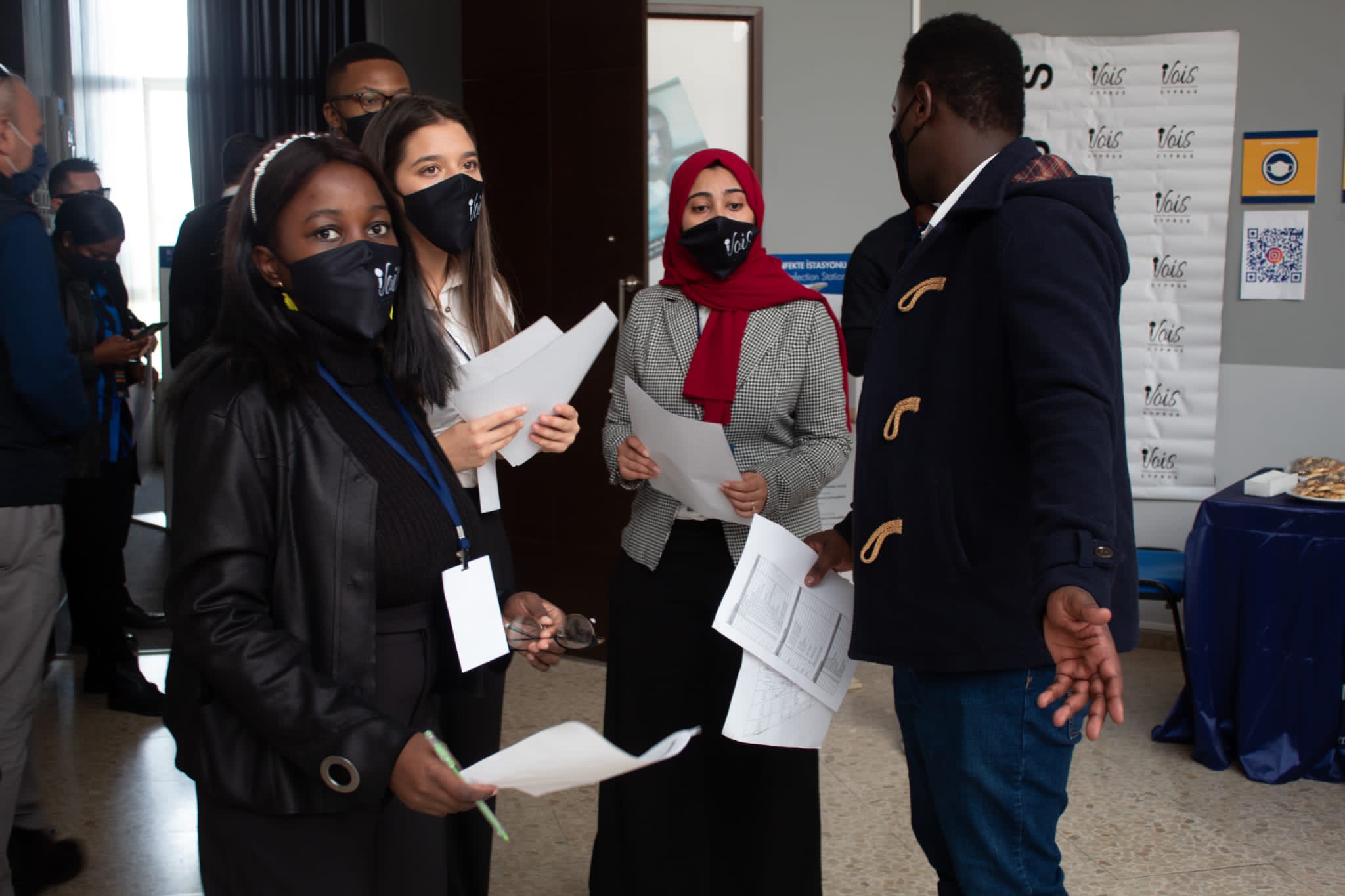 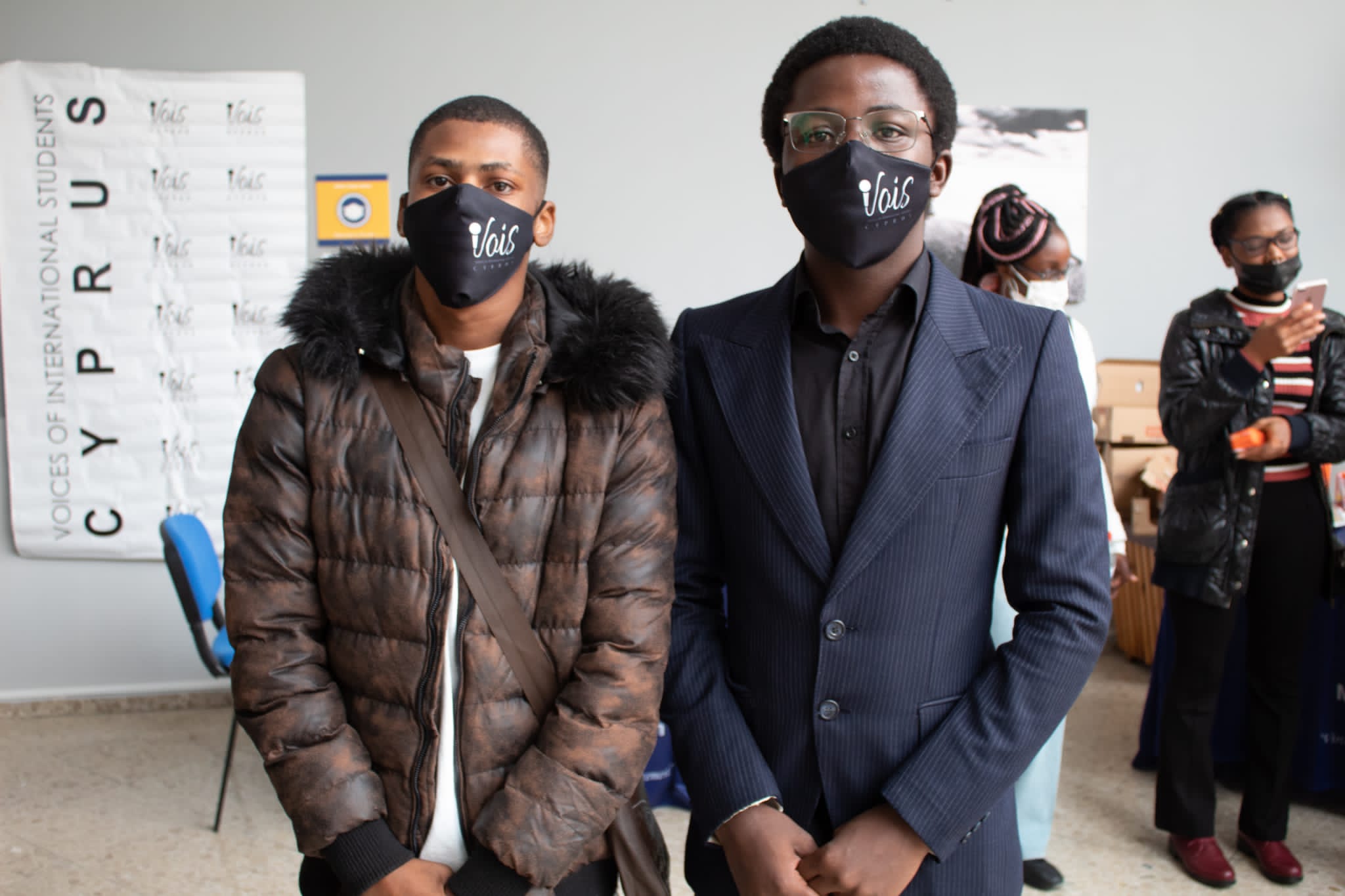 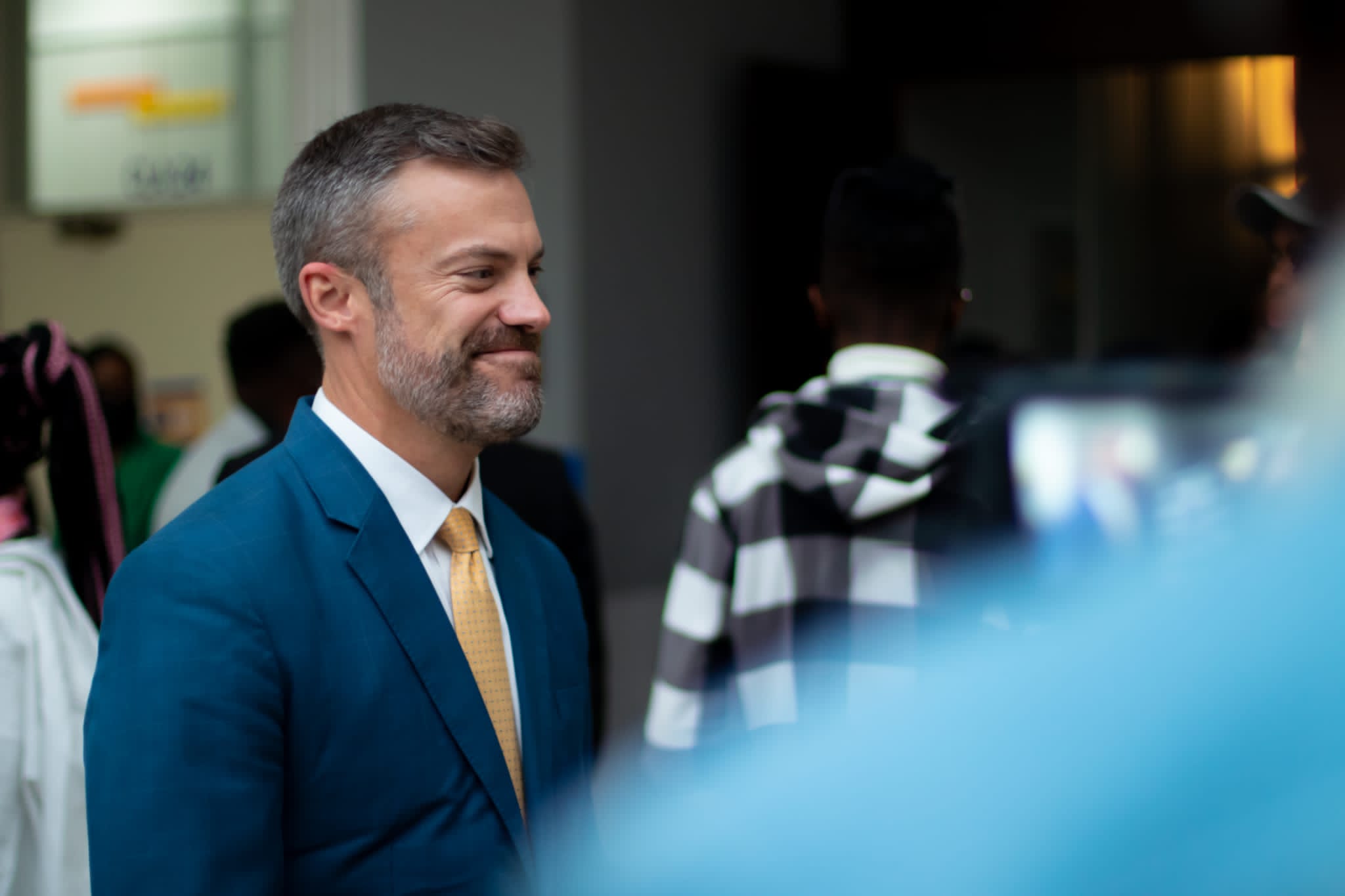 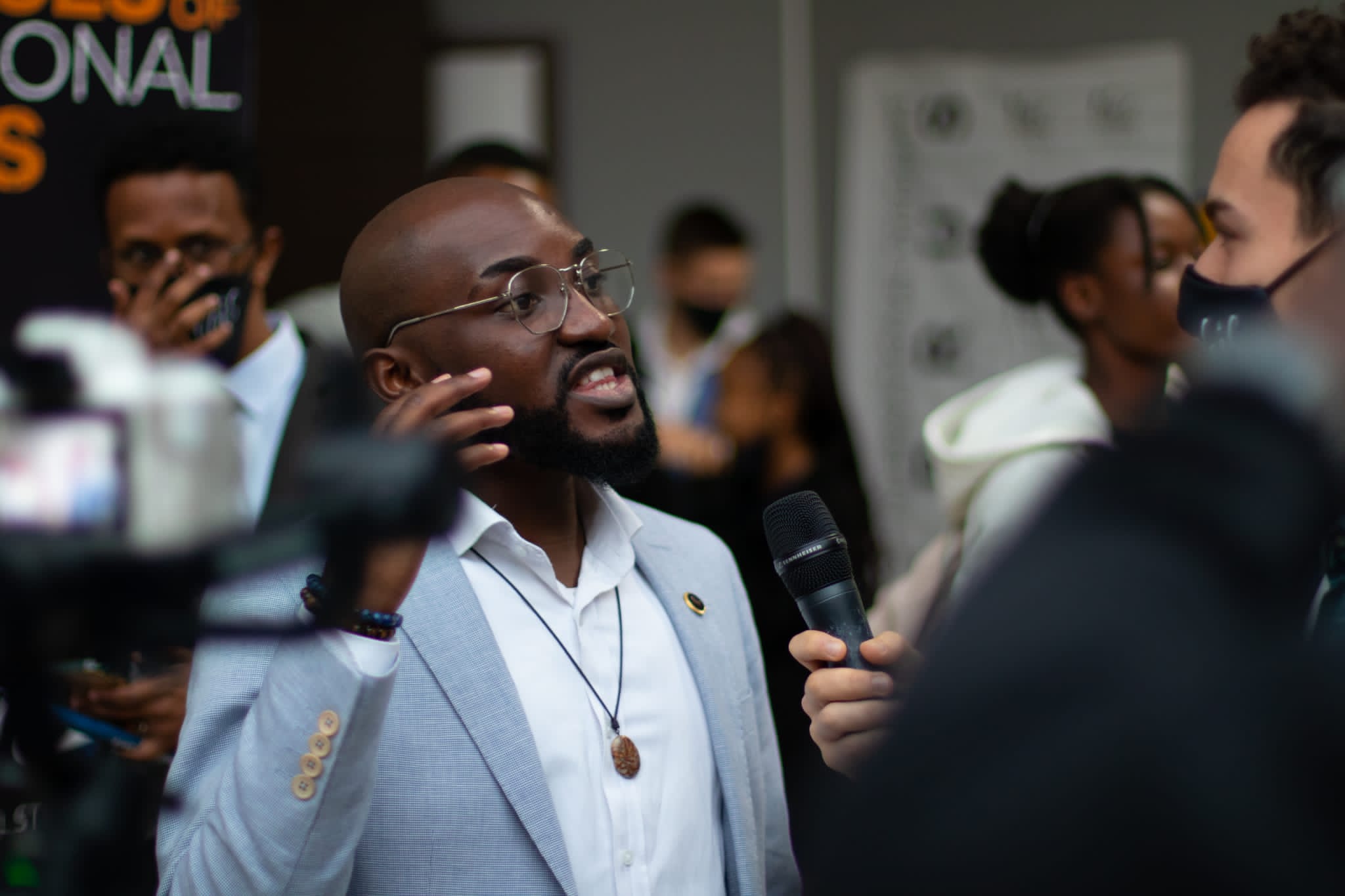 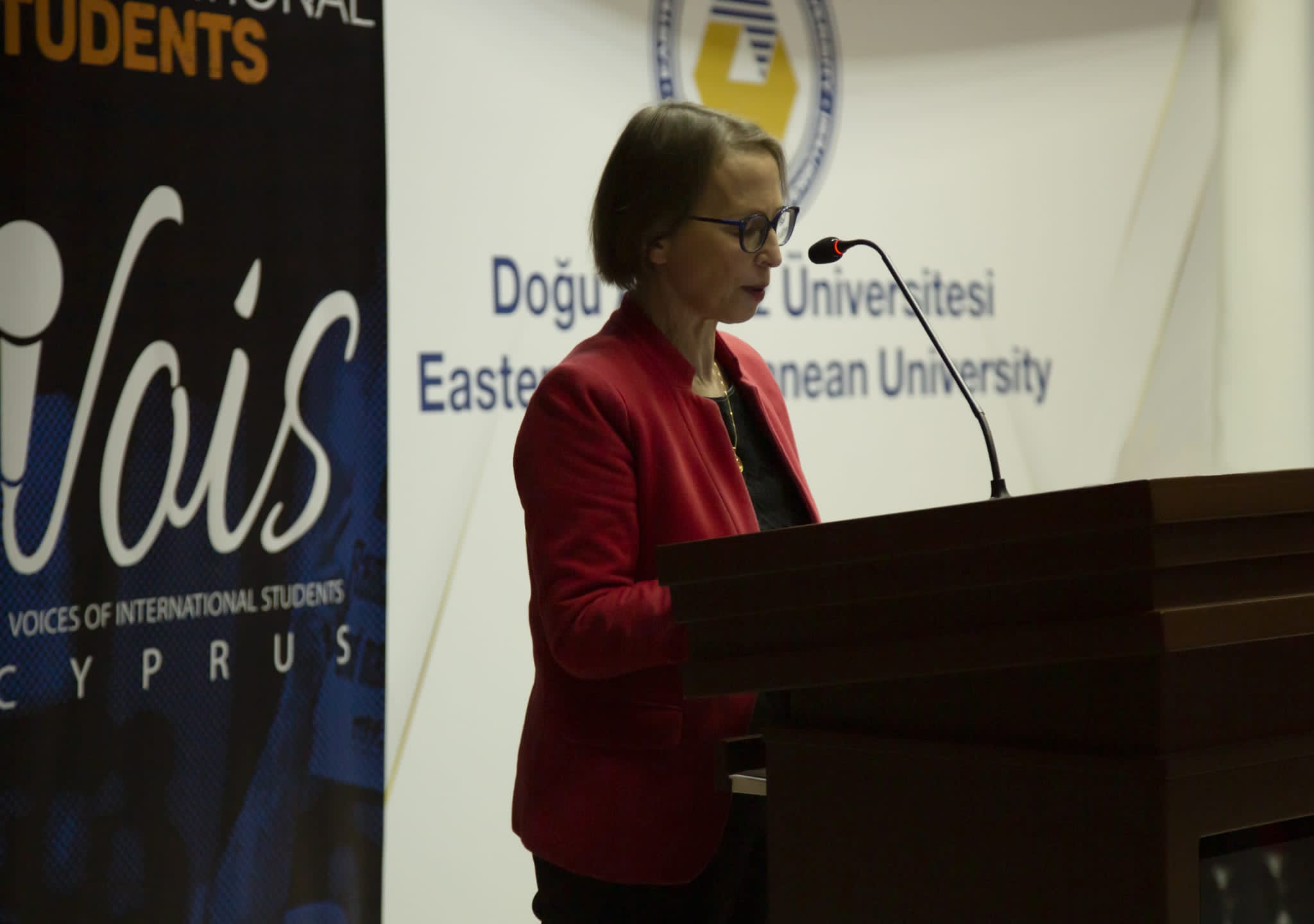 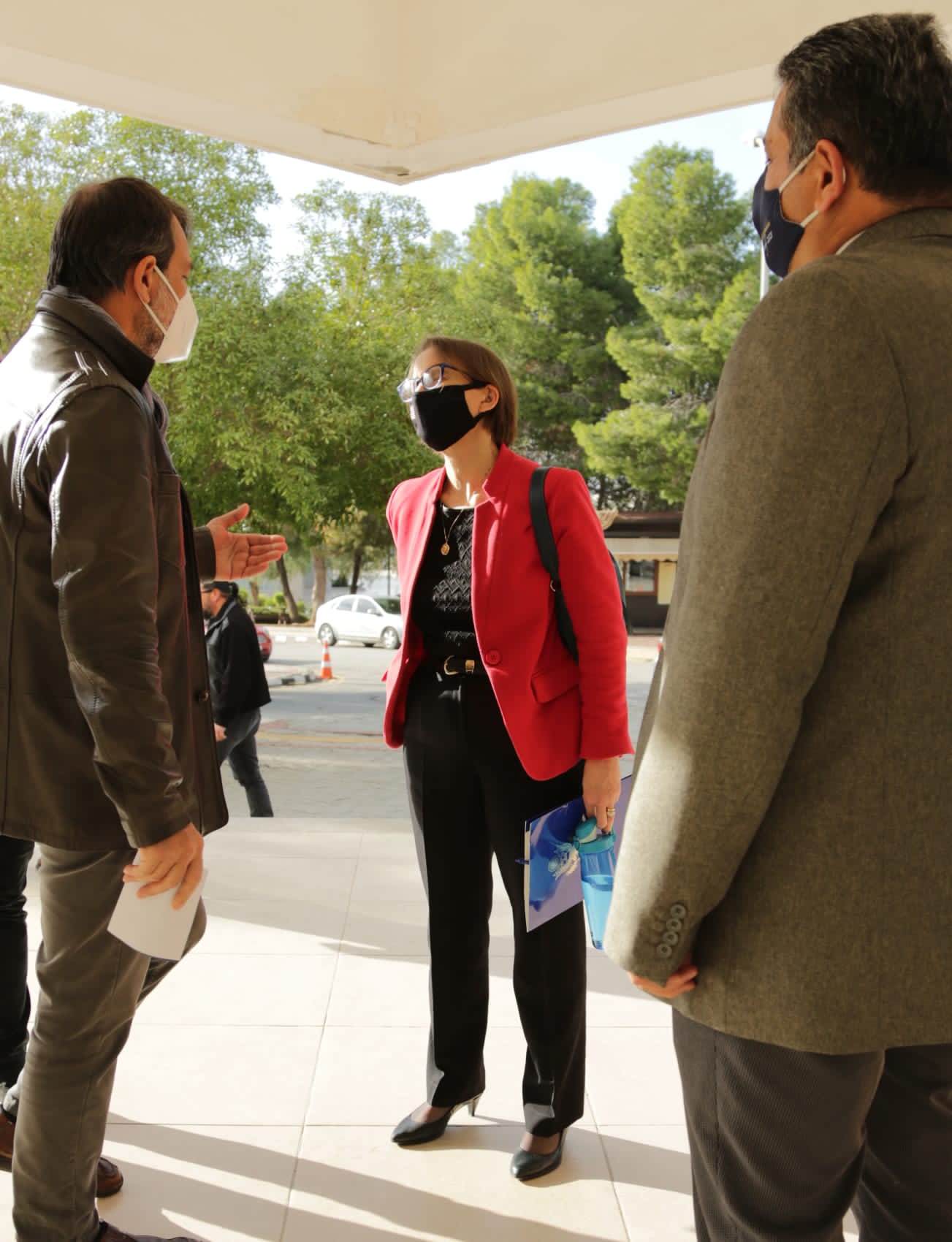 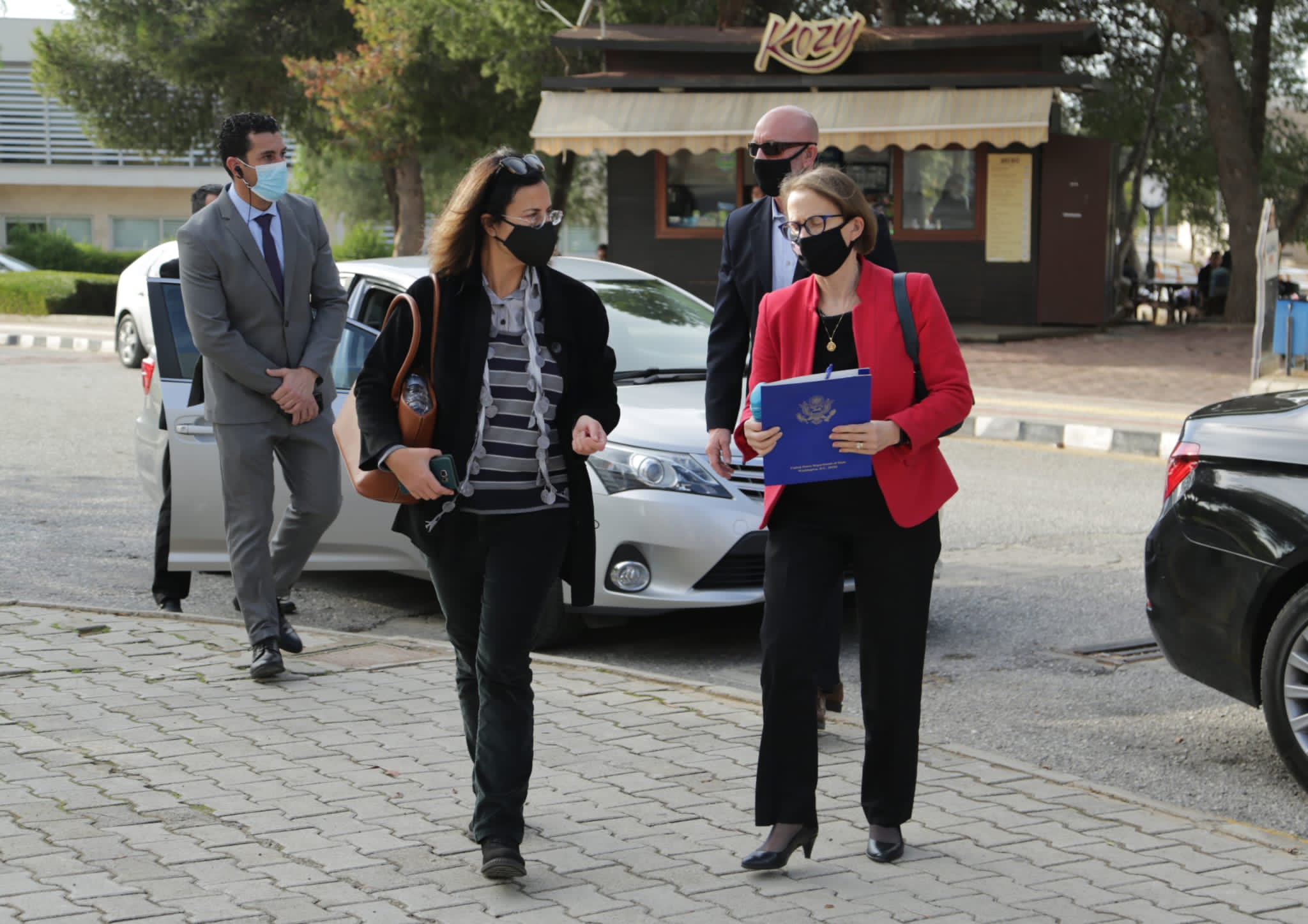 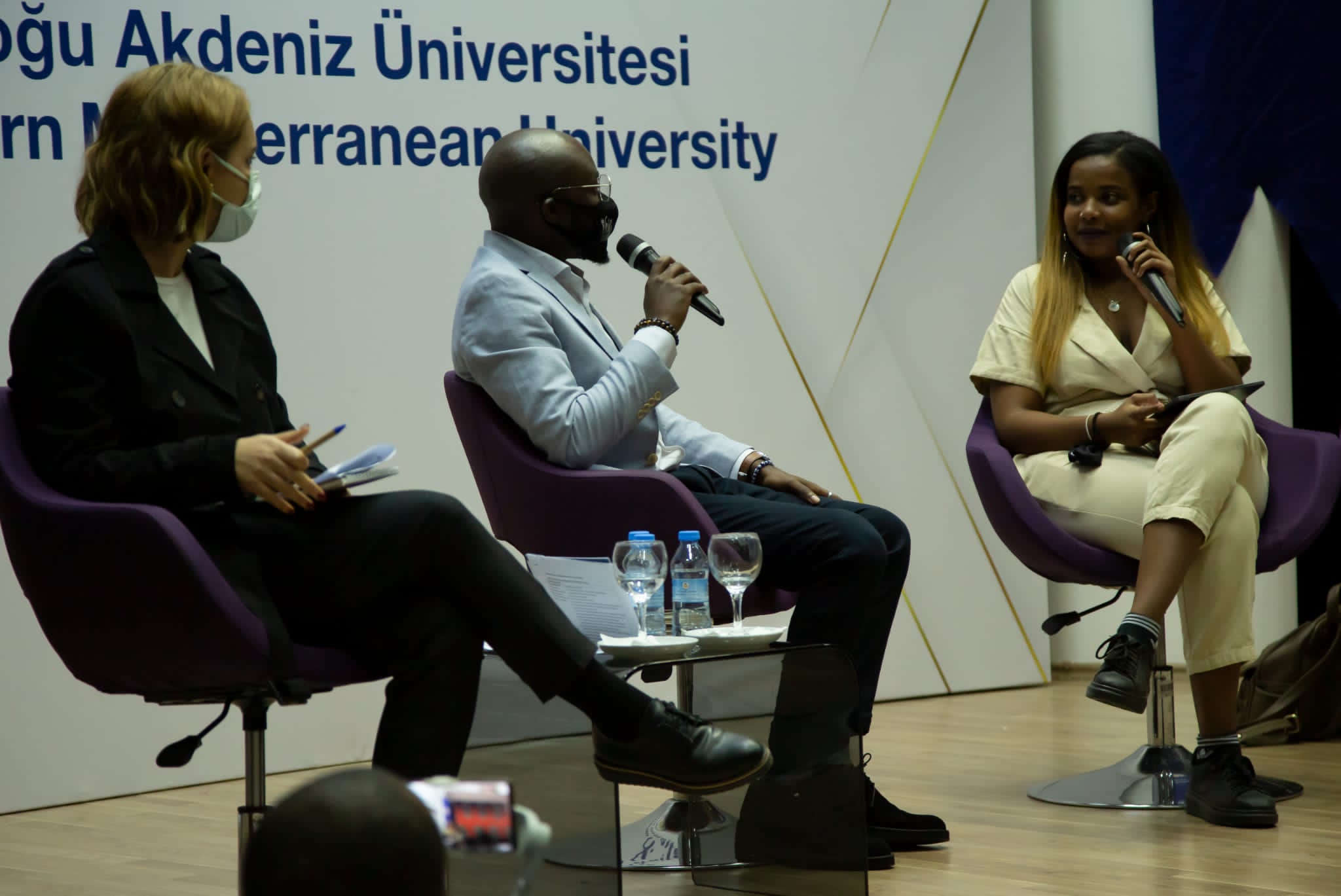 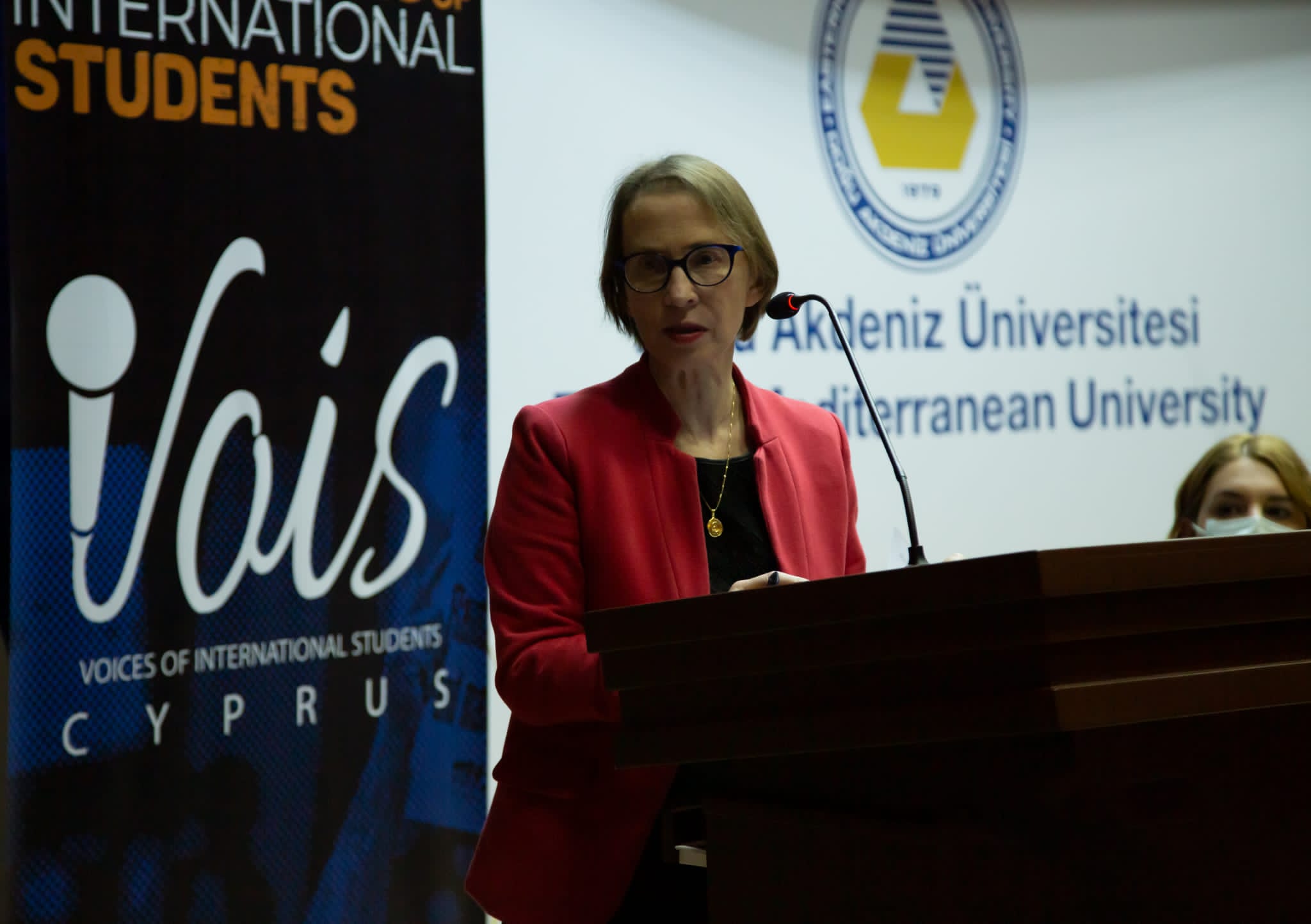 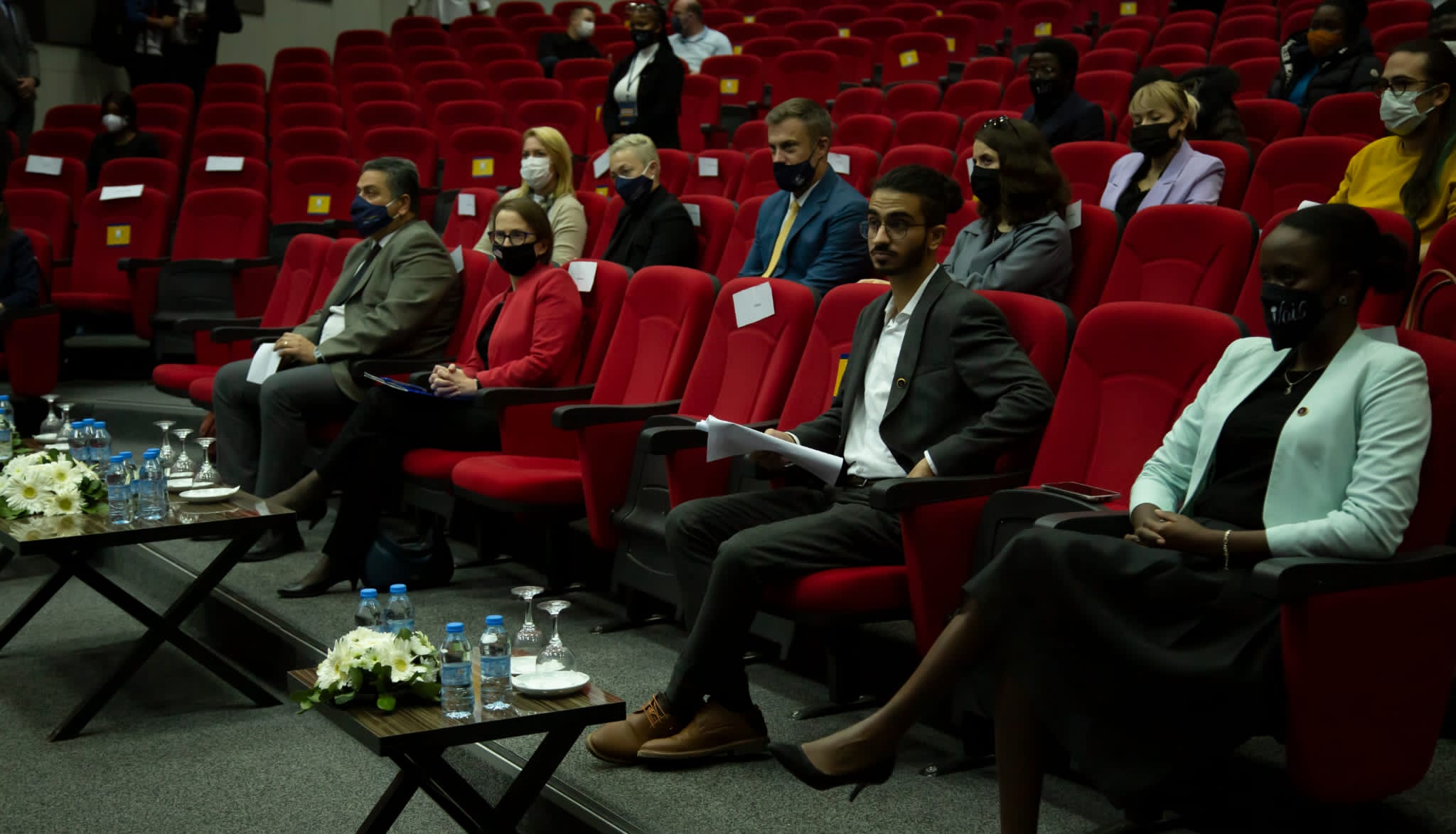 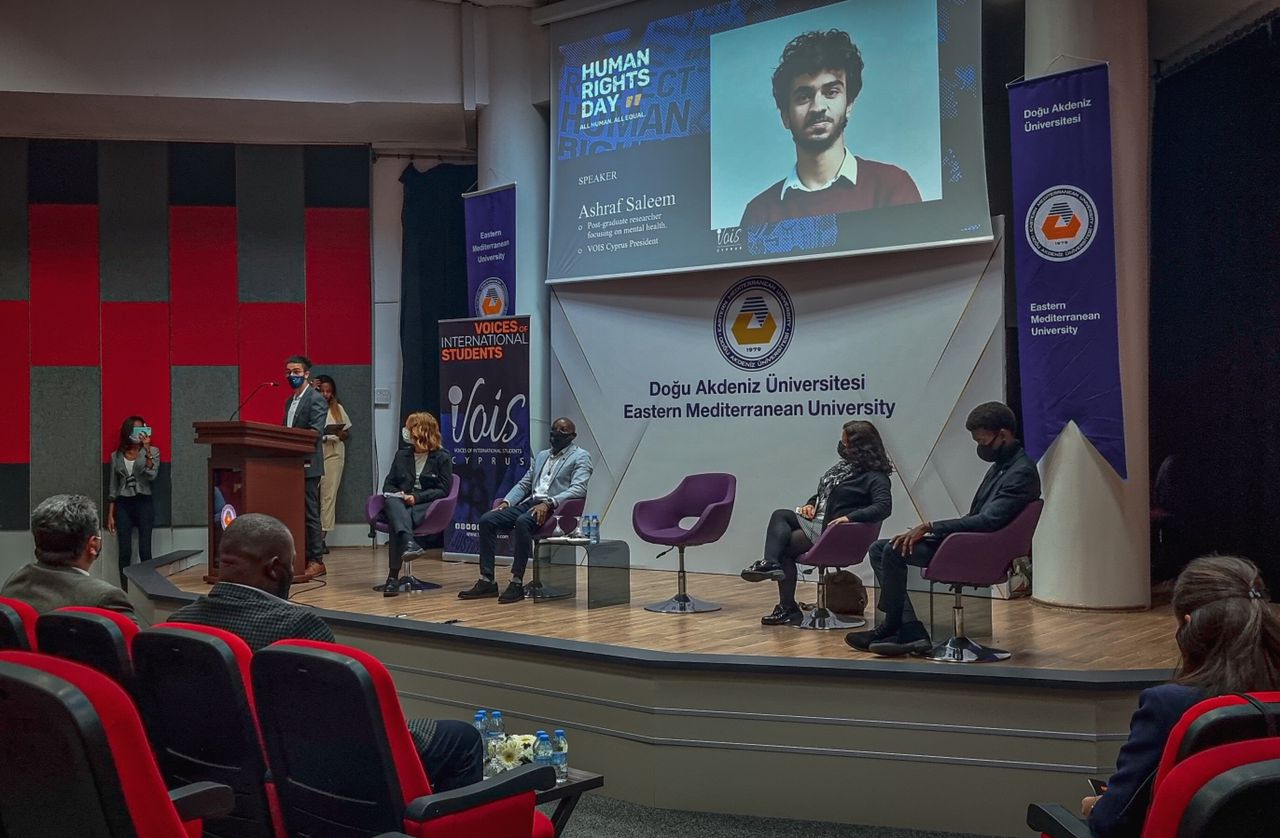