The Power of Words: Response to Mr. Turgay Deniz, President of TRNC Chamber of Commerce

As an organization which represents foreign students in North Cyprus, we are not only saddened, but we are enraged by the suggestions made by Mr. Turgay Deniz, President of the Turkish Cypriot Chamber of Commerce. He is also the owner of Deniz Plaza – a company which many foreign students purchase their stationaries from and patronize – a business thriving on the patronage of students. 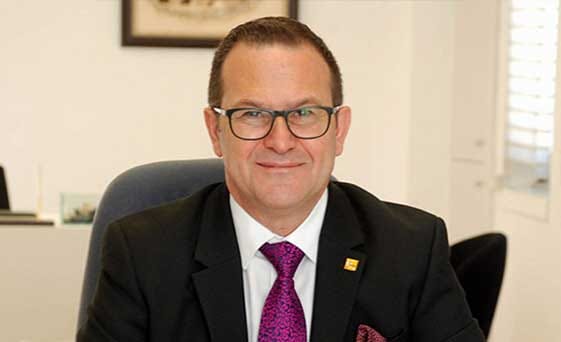 Mr. Turgay Deniz while criticizing the Prime Minister’s comments, in which the Prime Minister stated that ‘African students are the responsibilities of those who brought them into the TRNC and should be cleaned out’, suggested that rather than abandoning foreigners (third country nationals) to fend for themselves, the state should declare that and we quote; “I am creating a fenced area here, a military zone, and collecting all foreigners, building a tent city, where I will feed them in the morning, noon, and at night.”

Mr. Turgay also claimed that while the Prime Minister’s suggestions were inhumane, his were more humane. He went further to state that by putting foreigners in these camps, the state will be able to feed and control them.

We find the idea of the creation of a 'fenced area' or 'military zone' derogatory, inappropriate and reminiscent of NAZI language and concentration camps. This cannot be a solution to the current crisis. The very idea of putting foreigners in control camps for any reason, whatsoever, can and should not be proposed or discussed as a solution to the inability of the state to provide assistance to foreigners living here during this time of need. We advise Mr. Turgay to refrain from derogatory and ‘NAZI-like’ language.

It is shocking to see some politicians and media outlets promoting and encouraging statements which have the potential of disrupting social cohesion and causing lasting damage within our community. Foreigners have contributed and are still largely contributing to the socio-economic growth of North Cyprus. The hundreds of thousands of foreign students, foreign workers and tourists have had an immense impact on making North Cyprus what it is today – an impact which you seem to have quickly forgotten in this time of crisis.

As an organization which represents foreign students, we vehemently object to the use and promotion of divisive, discriminatory and racist language, and we will also oppose the imposition of any measures which arise from such divisive and discriminatory language, and which violate our basic human rights. It is in this light that we are calling on foreigners and locals alike to join us in condemning racism, discrimination, divisiveness and the lack of empathy being demonstrated by some politicians and media outlets.

We also call on politicians and the government of the TRNC to condemn and penalize those who use such language which has the potential of causing tremendous division and potential chaos within the society. In times like this, we need to be united in the fight against the coronavirus epidemic, not divided.

We take this opportunity to applaud the Minister of National Education and Culture, Mr. Nazim Cavusoglu who has publicly expressed his support and offered to protect all foreign students who have been unable to return to their countries. The education ministry has also actively coordinated efforts in providing assistance to foreign students during these trying times.

We also commend the statements made by the Cyprus Turkish Human Rights Foundation which condemned the TRNC Prime Minister’s statements as well as the economic measures put in place by the state which ignore the human rights and financial needs of third nationals.

We welcome the statements by the Minister of Finance, Mr. Olgun Amcaoglu who has promised that by April 15, after the number of third country workers is determined by the state, they will also be offered financial assistance. We are hoping that other public and private institutions would speak up against these discriminatory statements and practices.

Foreign students in the TRNC, just like other foreign students all across the globe, are caught up in an emergency situation which they are not prepared for. No one had anticipated at the start of this spring semester that the coronavirus epidemic will degenerate to the present situation.

VOIS Cyprus and other foreign student representatives and societies, have actively pursued this collaboration since the outbreak of the coronavirus in the TRNC, using various platforms to inform and educate students on measures put in place by the government to tackle this problem, as well as general sensitization on prevention mechanisms.

We believe that in a moment of global crisis of unprecedented proportions, such as the one we currently face, it is our collective resolve and commitment to rise above the boundaries of nationality, race, and religion, and to work together as ONE HUMANITY, in order to triumph over this pandemic.