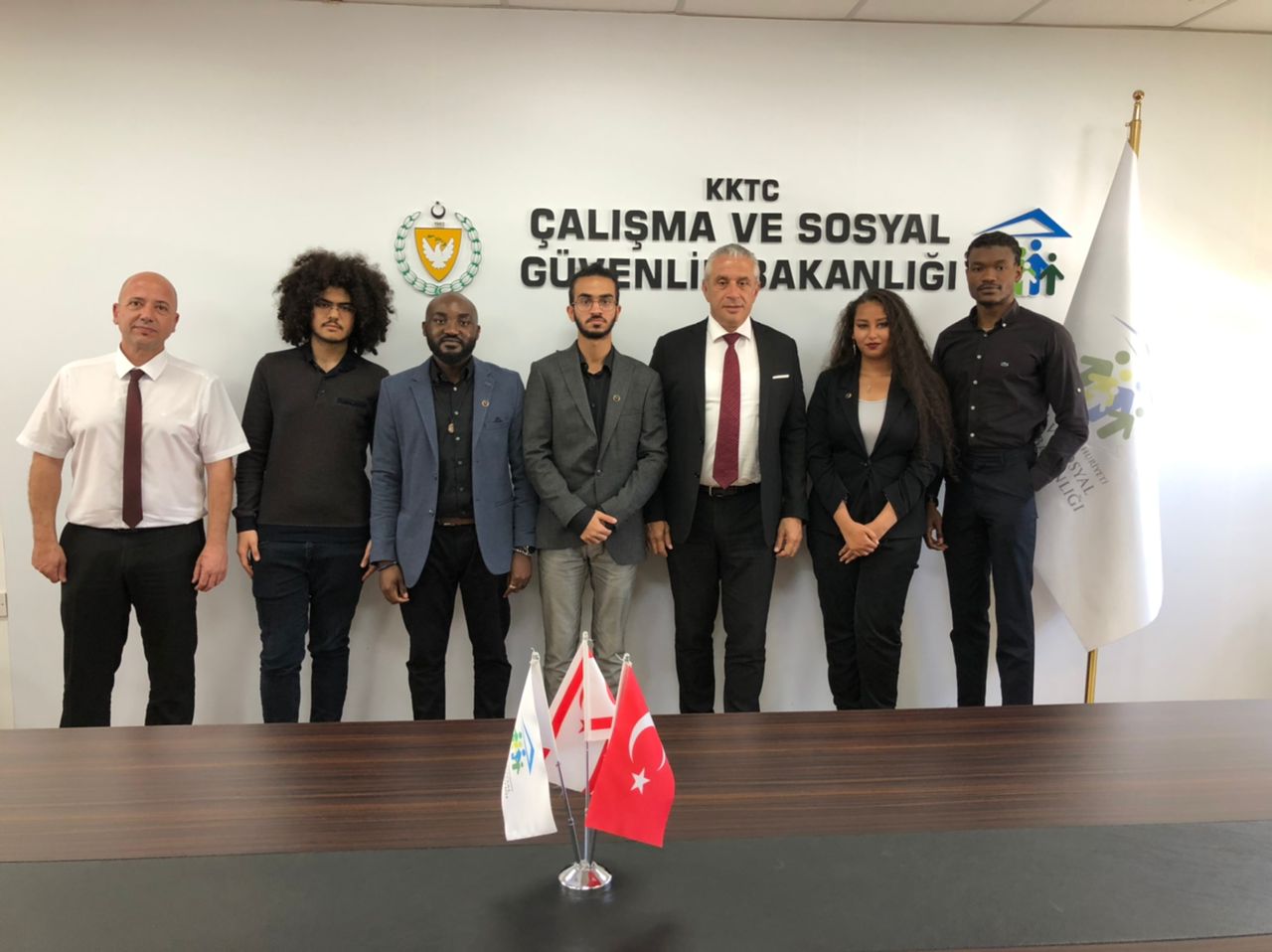 At the meeting, the general problems which many international students face were discussed. Specifically, exploitation of student workers and what measures could be adopted to address these problems were raised. Mr. Hasan Tacoy proposed upon the request of our delegation to create a special committee, which will include VOIS Cyprus representatives that will be in charge of documenting and reporting directly to his ministry on the problems students face in the working sector.

This also includes, a joint campaign along with VOIS to raise awareness on the working rights of international students as well as change of policy were necessary. The minister encouraged students who work without working permits to report these to VOIS Cyprus and the ministry so that employers can be better monitored and pressured into providing better working conditions, contracts in English and safe working environments for students. Students are also encouraged to report abuses at their work places to the Calisma Dairesi ve Gunelik Sosyal department which is located in every city. He also urged students who have problems at their workplaces to call the 102 phone line.

In particular, Mr. Tacoy promised to establish a Committee dealing specifically with gender exploitation at work places. This Committee will include legal experts.

With regards to the Ethiopian student, Meles Hailu, who unfortunately passed away following a work accident in December 2021, the Minister said investigations are still ongoing and the case is currently in court. He also said he will be arranging a meeting with VOIS to further elaborate on the progress of the case.

The meeting ended on a positive note, with a promise of another meeting next week as a follow-up to this meeting.