In light of the daily Covid-19 Case Updates by the TRNC Ministry of Health on Monday - the 1st of March 2021 - there were 27 positive cases in the Lefkoşa Haspolat region that were detected in a student dormitory. Subsequently, after this general situation update, it was announced that all the positive cases were students who have been residing in the TRNC for the last three months.

It was quite unfortunate to perceive a series of following headlines and commentaries, stated by some members of the local community, which blamed foreign students for the current number of covid cases, highlighting a despairing level of racial discrimination and xenophobia within the TRNC. VOIS Cyprus strongly condemns these commentaries and headlines.

What are the basis of sentiments that claim that international students are (solely) responsible for the rise in positive cases in the TRNC? We approach these projections with a reminder that international students are placed under strict quarantine conditions upon arriving to the TRNC, and that they are additionally held accountable by police officials in their daily activities, upon failing to follow the assigned safety measures. We can attest to and have received numerous questions from students who have had to pay penalties, and have constantly published announcements as to the importance of observing the necessary regulations.

We condemn the earlier rhetoric in the media, that have made a 'scapegoating' of Nigerian nationals, that have subsequently led to distracted discussions beyond debating whether or not the infected students were failing to observe rules of social distancing, hygiene and mask-wearing. These students were noted to have been residing in the same dormitory building, where clear disparities exist between living set ups in the student dormitories versus Off-Campus Apartments. As a matter of fact, last year, many international students were especially complaining about having persons undergoing quarantine in the same dormitories as them. Many of them were extremely fearful of contracting the virus, that a lot of them, worried if it would result to their deportation, and how it would play out in terms of availability of medical resources for their care. It is sad that such fearful reality was the case, and continue to be, for many. They feared that they might be made "Scape goats" and it suddenly does not feel unfounded or ridiculous, considering the recent sentiments.

As VOIS, we strongly disapprove of the current rhetoric about international students in the TRNC, and urge that assessments of such announcements take place through reasoning and openness to productive communal discussions. Per instance, rather than ambushing foreign students in counterproductive manners, we ought to address the conditions that led to this unfortunate outbreak of covid cases, with hope to avoid the recurrence of such circumstances; It is without a doubt that an outbreak of cases is more prone to take place within dormitories than apartment buildings, due to the differing residential density and blueprint structure of dormitories. We will not get into the economics of the living situations of some International Students, where it is very clear with them, and like every other demographic of society, that they have been affected greatly by the ongoing pandemic. 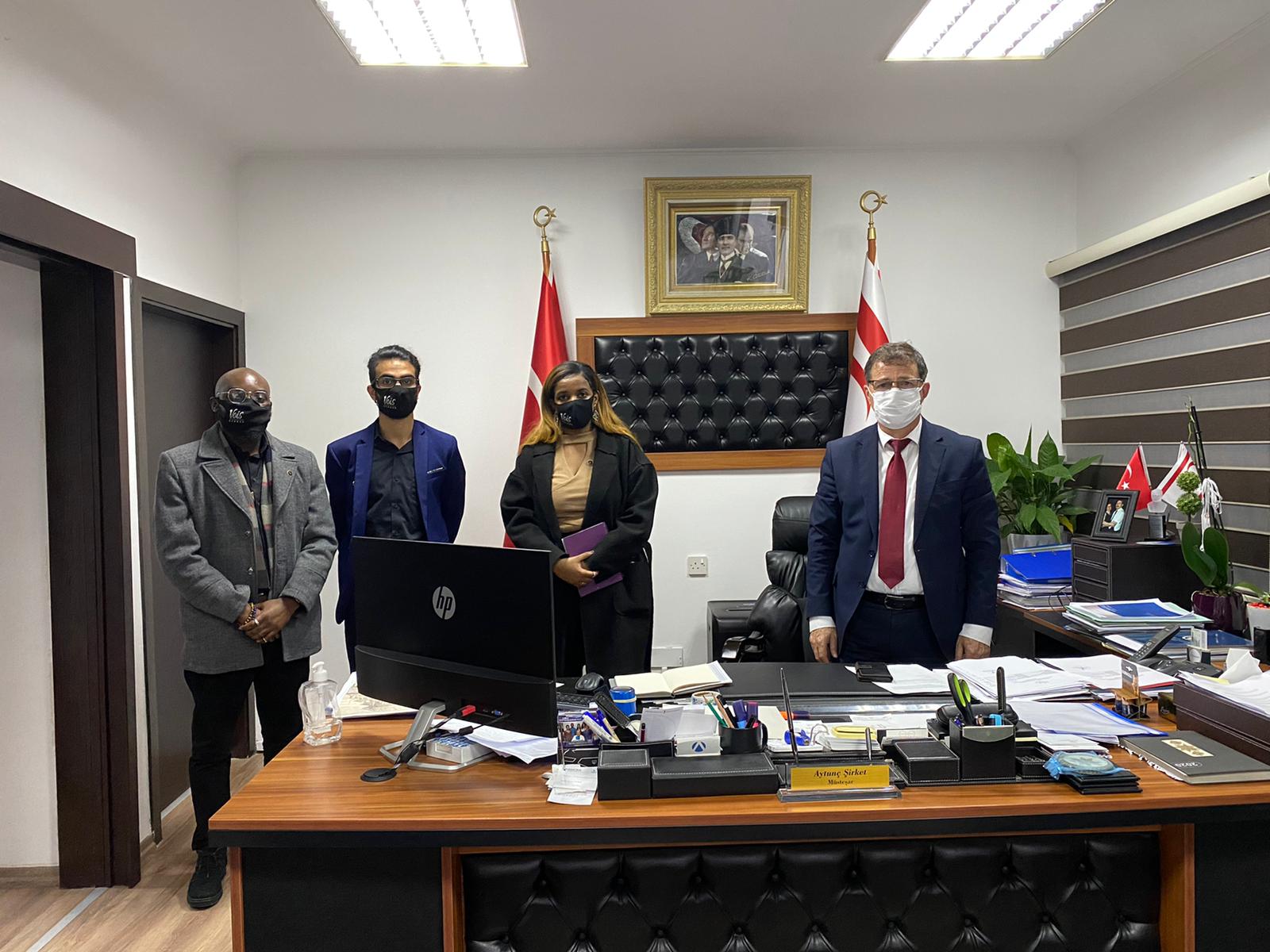 We refute the contradictory and discriminatory statements that feature international students as the source of all covid outbreaks but still pay no attention or efforts to ensure international students’ access to vaccination. We are thus compelled to remind the public that the current outbreak of cases is not the first in the TRNC, but rather the first to focus the attention on international students. Ever since the beginning of the pandemic, numerous outbreaks have taken place due to a level of negligence reflected by both members of the local and international communities, alike. The point here is not to try to excuse or claim that all international students have followed the rules to the latter. It is also not intended to excuse any behavior of non-abidance; it is aimed at expressing disappointment at those within society, most of whom should know better, than to attack the character of an entire group and race of people, instead of condemning the acts (non-compliance) that might or might not have led to the outbreaks.

As previously mentioned, factors that contribute to a potential virus outbreak are avoidable through equal accountability of International students, Ex-Pats and local citizens, authorities and institutions simultaneously. Thus, we emphasize that the embodiments of abhorrent narratives such as 'foreigners are the only problem’ can only serve to bring harm to the community and act as an obstacle to achieving communal health and safety in the TRNC.

Furthermore, we take this opportunity to urgently call on the TRNC government to provide a clear roadmap on how vaccination choices could be made possible international students (especially for those classified as high risk). As per our statement on the 14th of February 2021, we kindly reminded the TRNC government that international students are an integral part of the society, and that working towards vaccinating them, and especially those at high-risk, will be a significant step towards ensuring the safety of the TRNC population as a whole.

We reiterate once again that it is of paramount importance for the government to safeguard the health of these international students residing in TRNC, especially as different projections are being made for the full return to face-to-face studies in few months. The right to health is enshrined under Article 45 of the TRNC Constitution which states that “It shall be the duty of the State to ensure that every person enjoys sound physical and mental health and receives medical care.”[1]

On this note, today the 5th of March VOIS Cyprus was granted audience and met with the undersecretary to the Minister of Education Aytunç Sirket, we had a conversation in regards to the general welfare of international students in the TRNC. We put out a list of areas that we believe the ministry needs to work on including a clear strategy for vaccinations that include international students, measures to combat racist behaviors and discussions against international students following COVID-19, and for COVID-19 updates and announcements to be in multiple languages and quick, alongside others, on that note the office agreed to work on those areas and collaborate, they also mentioned that tomorrow the 6th of March there will be a statement from the Ministry of Health laying out the vaccination plan. We are thankful for the cooperation of the office and waiting to see further action.

The conversation we ought to be having is to admonish and encourage better adherence to the safety and health rules, by all, and to urge better and informed initiatives and processes towards handling the pandemic in the TRNC, by the government. It is also time to think and reflect on how these Xenophobic rhetorics can harm our community, and the progress we seek towards achieving a more just and fairer society for all.